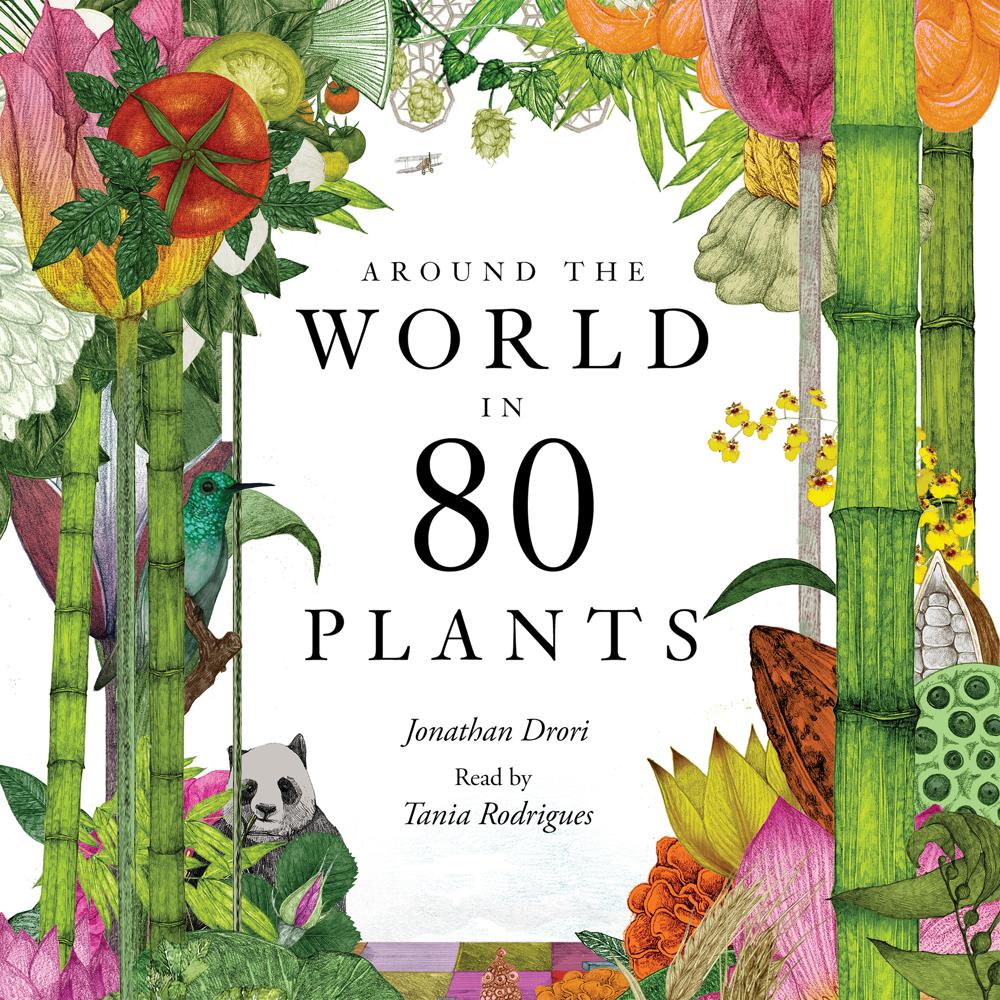 Around the World in 80 Plants

An inspirational and beautifully illustrated book that tells the stories of 80 plants from around the globe.

In his follow-up to the bestselling Around the World in 80 Trees, Jonathan Drori takes another trip across the globe, bringing to life the science of plants by revealing how their worlds are intricately entwined with our own history, culture and folklore. From the seemingly familiar tomato and dandelion to the eerie mandrake and Spanish ‘moss’ of Louisiana, each of these stories is full of surprises. Some have a troubling past, while others have ignited human creativity or enabled whole civilizations to flourish. With a colourful cast of characters all brought to life by illustrator Lucille Clerc, this is a botanical journey of beauty and brilliance.

Praise for Around the World in 80 Trees

“Beautiful to behold and to read” – THE SUNDAY TIMES

“Jonathan Drori’s deep-seated love of nature is contagious in this tree-by-tree journey across countries and continents. A book to take your time over” – WIRED

“A brilliant blend of science, history, culture and folklore, this interesting and engaging book explores the relationship between people and trees as it circumnavigates the globe.The quietly passionate writing is informative, interesting and quite delightful. The hardback version, which I’ve got, is one of the best-produced books I’ve read in years: the formatting is crisp and inviting, the paper is heavy and of high quality, and almost every page includes colour drawings by artist Lucille Clerc that are simply breathtaking. Together, these features make this book a joy to touch, to hold and to read.” – FORBES