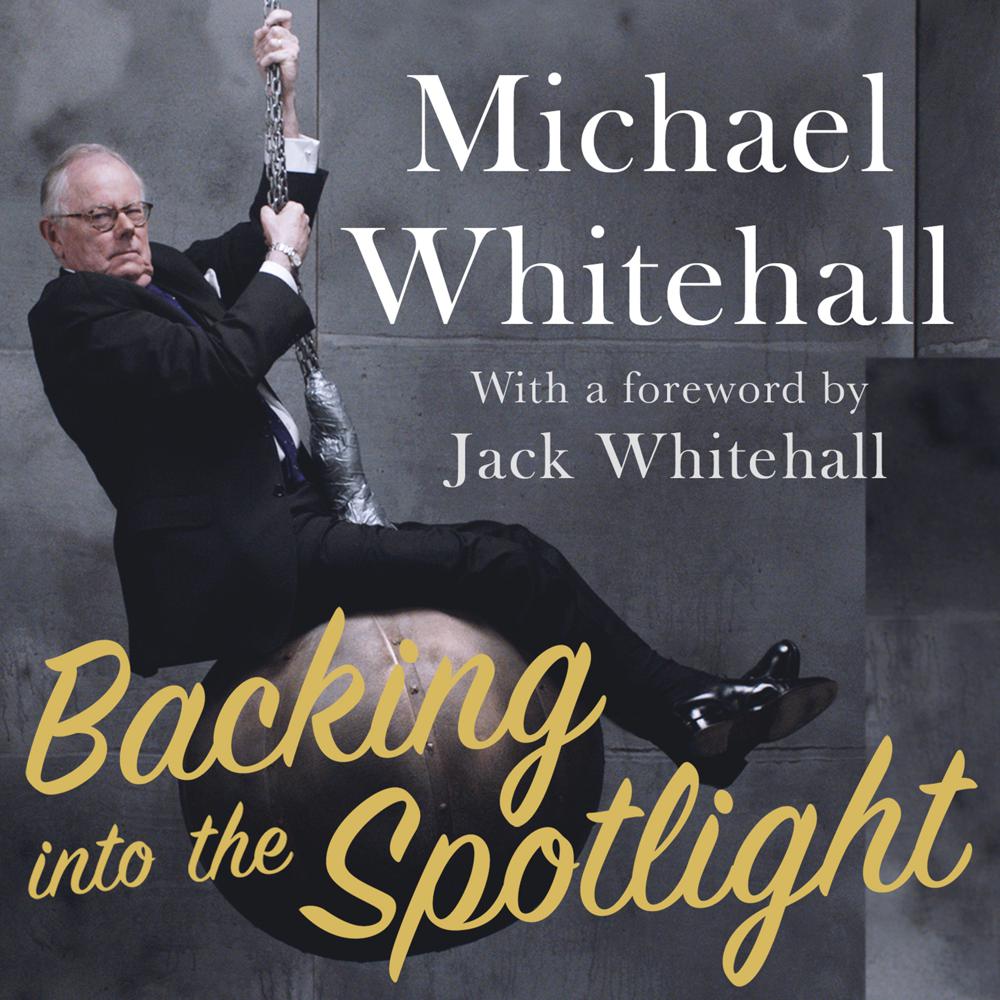 Backing into the Spotlight

Standing in front of a full-length mirror in my dressing room at ITV studios, waiting to go on to the set of Backchat, I had a brief conversation with my reflection.

Theatrical agent Michael Whitehall spent a career pushing others into the spotlight. He had been involved behind the scenes with the careers of many prominent actors, including Colin Firth, Richard Griffiths, Daniel Day-Lewis, Tom Courtenay, Ian Ogilvy, Judi Dench, Edward Fox, Michael Fassbender, Angela Thorne and Nigel Havers.

But then, much to his surprise, his son Jack becomes a successful comedian and actor and decides that his new comedy partner should be his father. Whitehall Snr. finds himself reluctantly appearing on stage and then television, cast as the archetypal grumpy old man and thrust, in his early seventies, into a whole new career in front of the camera. Minor fame comes at a sedate pace: one of the highlights being a record £300,000 win for charity with Jack on Channel 4’s The Million Pound Drop.

In this enchanting memoir Whitehall looks back on his life, from growing up in suburban London in the 1940s and ’50s with his saintly father and social climbing-mother, who coined the phrase ‘à la carte’ to describe people who were posher than she was and whose company she craved, to falling into a career as a successful theatrical agent and producer. As he says, ‘Actors can be egotistical, greedy and vain, but they’re not half as bad as agents and producers.’

Charming, gossipy and above all very funny, Backing Into The Spotlight is no ordinary show business memoir.

PLEASE NOTE: When you purchase this title, the accompanying reference material will be available in your Library section along with the audio on our desktop site.