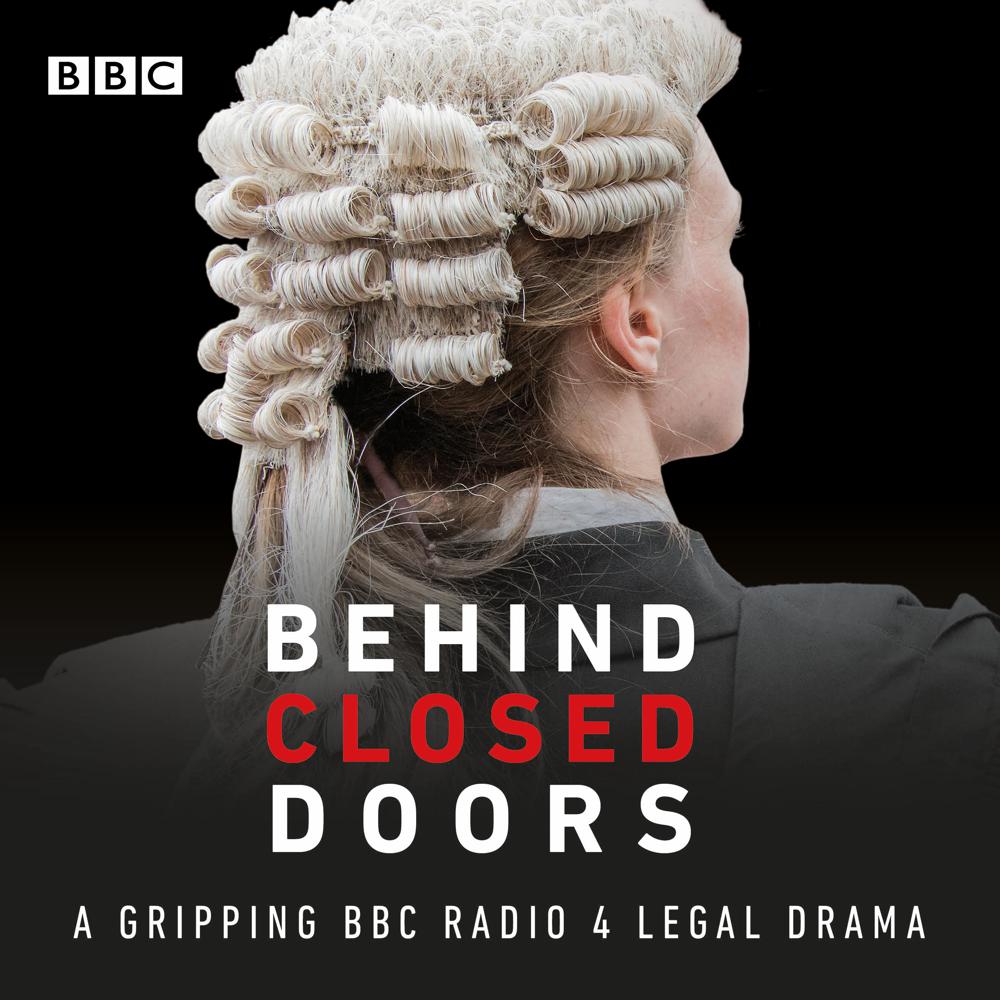 Behind Closed Doors is a courtroom drama with a difference – it centres around civil law, not criminal. In these nine plays, London barrister Rebecca Nyman takes on cases ranging from workplace harassment to the sensitive, secret trial of a terrorist and a morally complex ‘right to die’ hearing.

In Series 1, Nyman represents a senior policewoman in a case of sexist bullying at work in ‘One of the Lads’, while ‘Tilting the Odds’ sees her helping an equine vet accused of serious professional misconduct. In ‘Safe House’, a suspected terrorist has his movement and activities severely restricted by the security services – can Nyman clear his name so he can get his life back?

Series 2 features ‘A Bad Night Out’, in which a man claiming wrongful arrest seeks police compensation; ‘Excluded’, which sees a teenager facing permanent exclusion from school; and ‘Catastrophic Injury’, in which a mother claims her baby’s cerebral palsy is due to medical negligence and is fighting the hospital for compensation.

In Series 3’s ‘Contact’, a sperm donor is trying to get a court order to allow him to see ‘his’ daughter, but Nyman’s client, the mother, wants him to keep his distance. In ‘Section’, the barrister hopes to convince a tribunal that a patient who has spent seven years in a secure mental hospital is fit to be released. And in ‘Protection’, Rebecca represents a man whose wife has been in a minimally conscious state for over three years – should she be allowed to die?

Series 4 includes ‘Life Chances’, in which Emily has a history of anorexia but is refusing treatment. Should she be force fed? In ‘Best Interests’, a divorced Charedi Jewish mother has come to the Family Courts to stop her ex-husband changing their children’s schools. ‘More than Kissing’, sees The Court of Protection decide if an 18-year-old with learning difficulties should be allowed to have sex; and in ‘Mediation’, Maud and Martin’s father has died and left his whole estate to a 22-year-old dog walker. Can they challenge the will? Finally, in ‘The Balance of Probabilities’, a couple fight to get their baby daughter back following the death of their baby son.

Written by award-winning dramatist Clara Glynn, these compelling dramas provide an intriguing glimpse into the little-known world of civil litigation, with all its challenges, complexities and controversies.