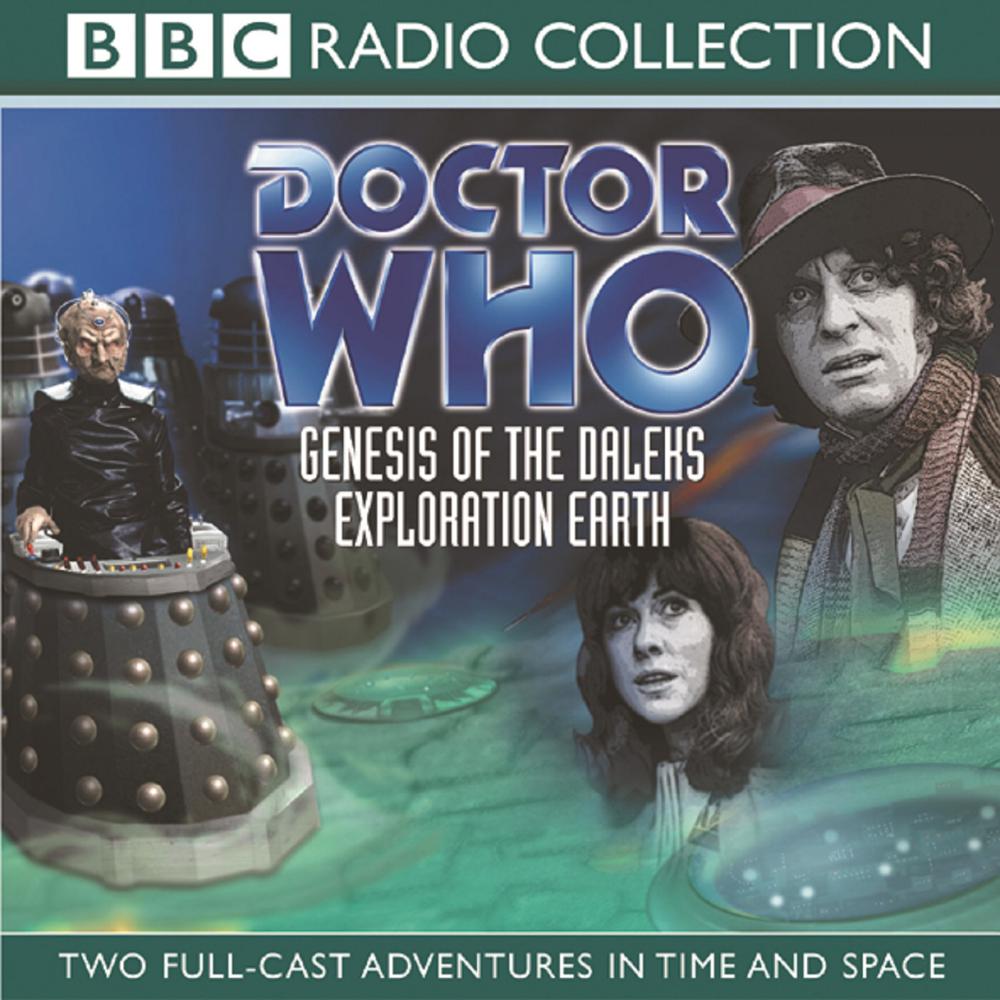 Doctor Who: Genesis Of The Daleks And Exploration Earth

‘We’re talking about the Daleks, the most evil creatures ever invented. You must destroy them – you must complete your mission for the Time Lords!’ Genesis of the Daleks: Tom Baker narrates an abridged version of this 1975 television adventure in which the Doctor, Sarah and Harry are sent to Skaro, home world of the Thals and the Kaleds. As a thousand-year war of attrition reaches its climax, the crippled scientist Davros has created protective casings for the genetic mutations which his race will become. Only the Doctor knows what fear and misery these ‘Daleks’ will inflict upon the Universe – but with time running out, can he prevent the birth of such evil? Exploration Earth: In this special BBC schools radio episode, not heard since its original 1976 broadcast, the TARDIS takes the Doctor and Sarah back in time to witness stages of the Earth’s development. However, as the planet evolves from a mass of heat and gas, Megron the High Lord of Chaos has his own designs on our homeworld. If his threats to endanger the stability of Earth have any substance, the existence of mankind itself is in question!