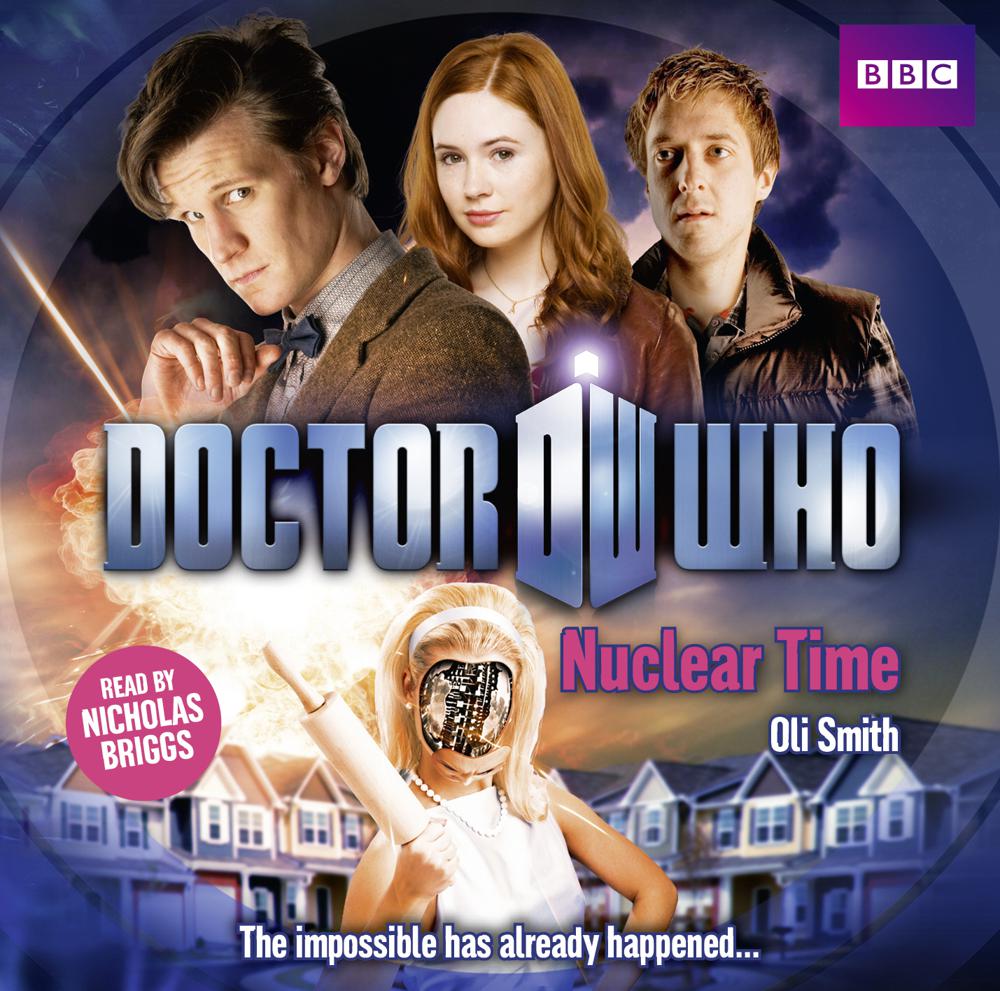 ‘My watch is running backwards.’ Colorado, 1981. The Doctor, Amy and Rory arrive in Appletown – an idyllic village in the remote American desert where the townsfolk go peacefully about their suburban routines. But when two more strangers arrive, things begin to change. The first is a mad scientist – whose warnings are cut short by an untimely and brutal death. The second is the Doctor… As death falls from the sky, the Doctor is trapped. The TARDIS is damaged, and the Doctor finds he is living backwards through time. With Amy and Rory being hunted through the suburban streets of the Doctor’s own future and getting farther away with every passing second, he must unravel the secrets of Appletown before time runs out… Nicholas Briggs, the ‘voice of the Daleks’ in Doctor Who, reads this thrilling adventure featuring the Doctor, Amy and Rory, as played by Matt Smith, Karen Gillan and Arthur Darvill in the spectacular hit series from BBC Television.