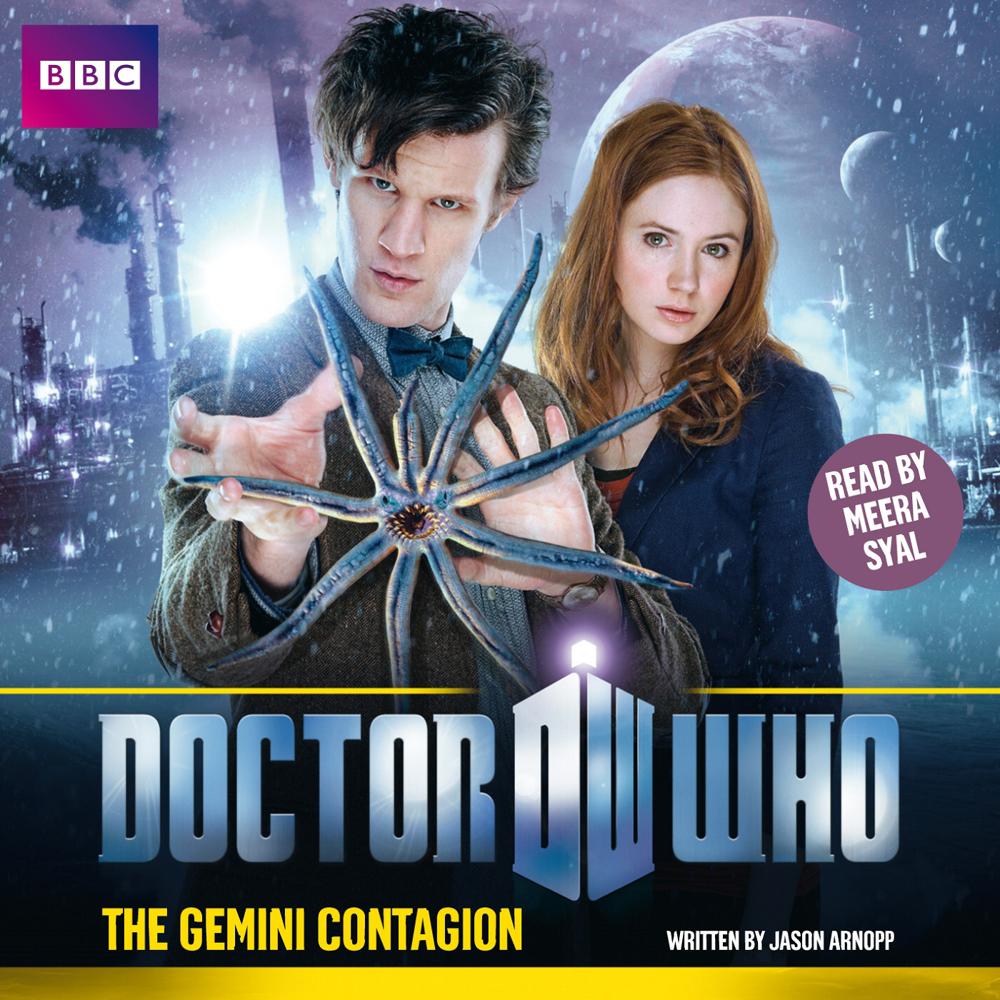 Doctor Who: The Gemini Contagion

The ice-planet Vinsk, in the year 2112. The all-new anti-viral handwash, Gemini, has been laced with Meme-Spawn: a sentient micro-organism which makes the user fluent in every language in the universe. However, manufacturer Zalnex made one crucial mistake. They didn’t test Gemini on humans, who are seized by the violent urge to communicate but speak every language all at once – with a manic, garbled shriek – and pass on the virus by touch. The Doctor and Amy arrive on an Earth-bound cargo-ship loaded with Gemini, where a human crew are succumbing to the virus which has nasty second and third phases in store. When the Doctor and Amy are separated, they both know that it’s only a matter of time before Amy is infected. With the ship locked on course, and no way of curing the sufferers, the Doctor is faced with a terrible decision: does he save Amy, or Earth? Written specially for audio by Jason Arnopp, ‘The Gemini Contagion’ is read by Meera Syal, who played Nasreen Chaudhry in the BBC TV episodes The Hungry Earth and Cold Blood.