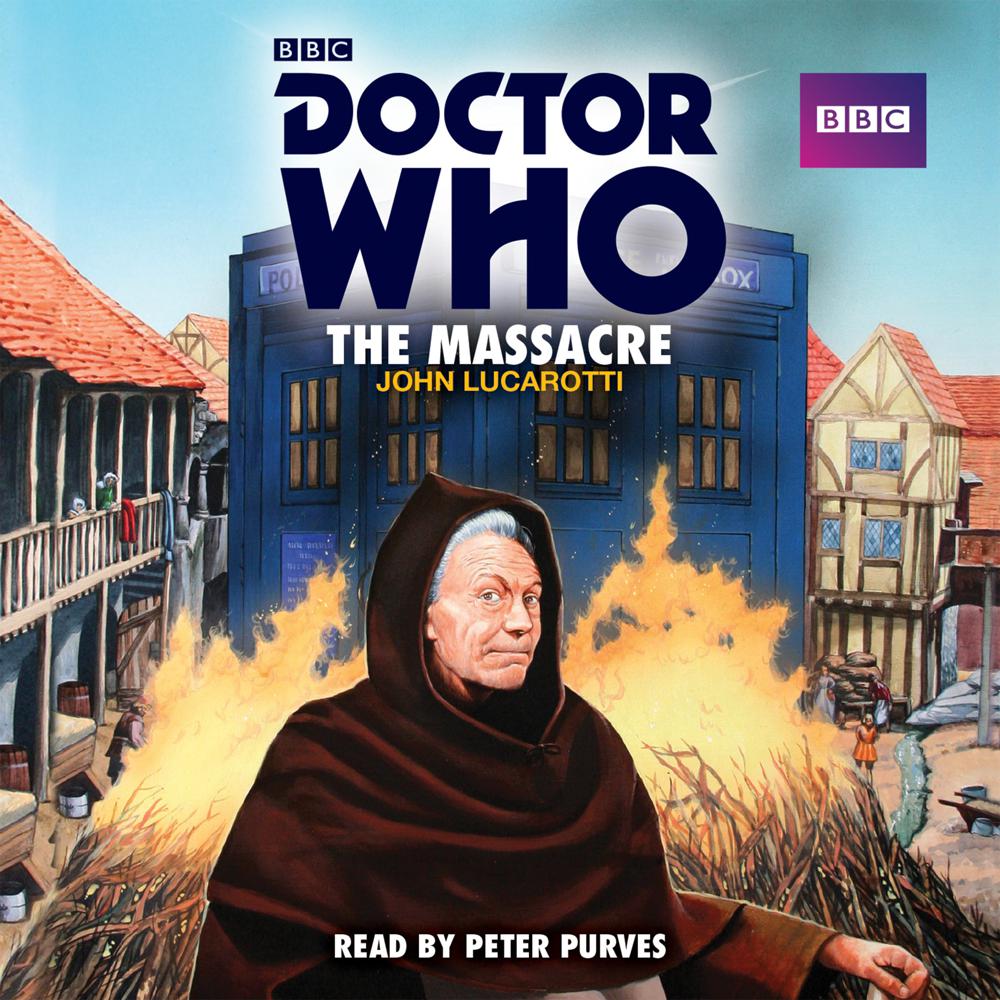 Doctor Who: The Massacre

The TARDIS materialises in Paris in 1572, a time of great danger and religious strife. Whilst the Doctor pays a visit to famous apothecary Charles Preslin, Steven is befriended by a group of Protestants who come from the household of Admiral de Coligny. Meanwhile, the Catholic Queen Mother, Catherine de Medici, aided by the hated dignitary the Abbot of Amboise, is hatching a plot to kill all French Protestants – starting with de Coligney. Worryingly for Steven, the Abbot bears an uncanny resemblance to the Doctor. And when the plot fails and the Abbot is condemned to death, he is even more alarmed. Was that the Doctor being killed? Or does the Abbot just look like him? The four episodes of this 1966 story no longer exist in the BBC television archives. This audio exclusive has taken the soundtrack and, with linking narration by Peter Purves, the whole thrilling adventure is brought back to life.