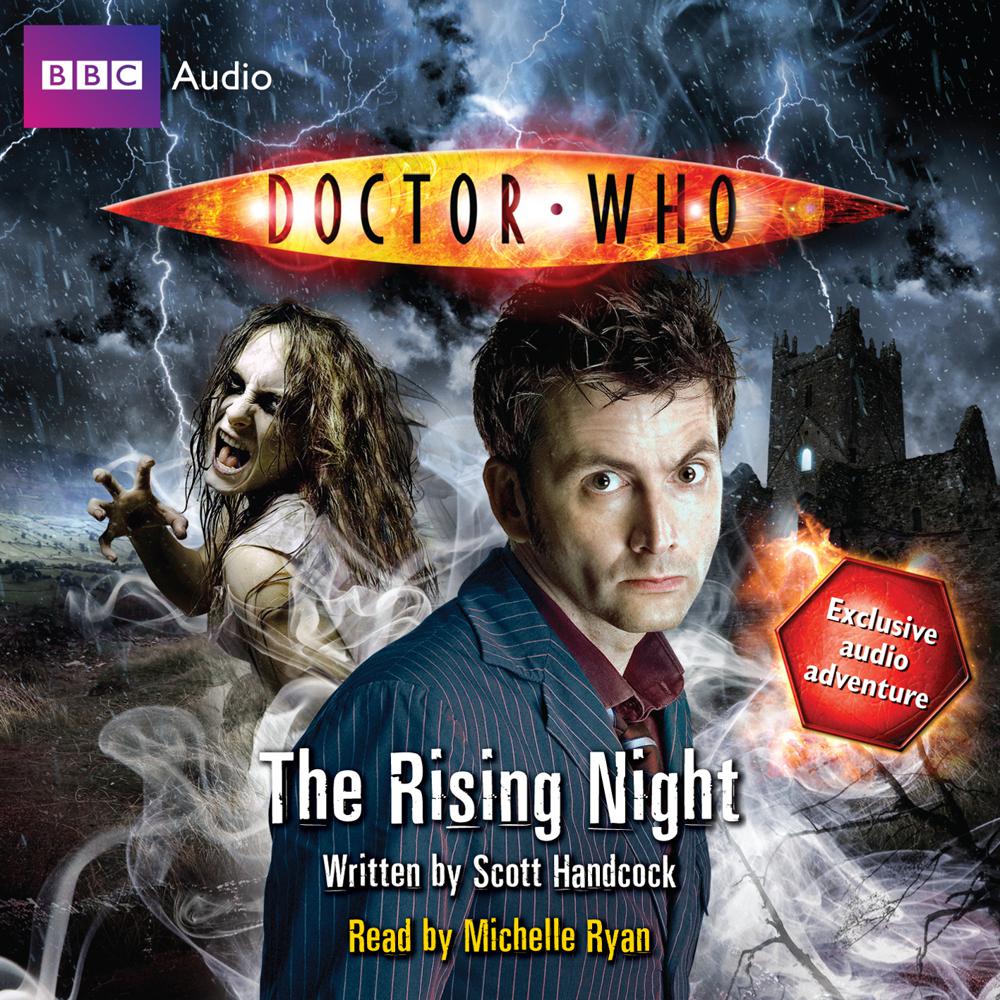 Doctor Who: The Rising Night

When Harry Winter goes out collecting rocks to repair the wall around his father’s farm, he makes a fatal mistake. He disturbs Lucifer’s Tombstone, and awakens something demonic and dreadful… The TARDIS arrives in the 18th Century village of Thornton Rising in the Yorkshire Moors – a village cut off from the world by an all-consuming darkness, where the sun has not risen for three weeks. Farm animals have been attacked, people have gone missing, and strange lights have been seen in the sky. The Doctor soon becomes involved in a nightmarish adventure, helped by a young local woman named Charity. But who is feeding on the blood of the locals, and where will the carnage stop? Written specially for audio by Scott Handcock, The Rising Night is read by Michelle Ryan, who played Christina in the TV episode Planet of the Dead. ‘It’s hard to keep up with the stunning (and high quality) releases from BBC AUDIO’ – Eye of Horus.