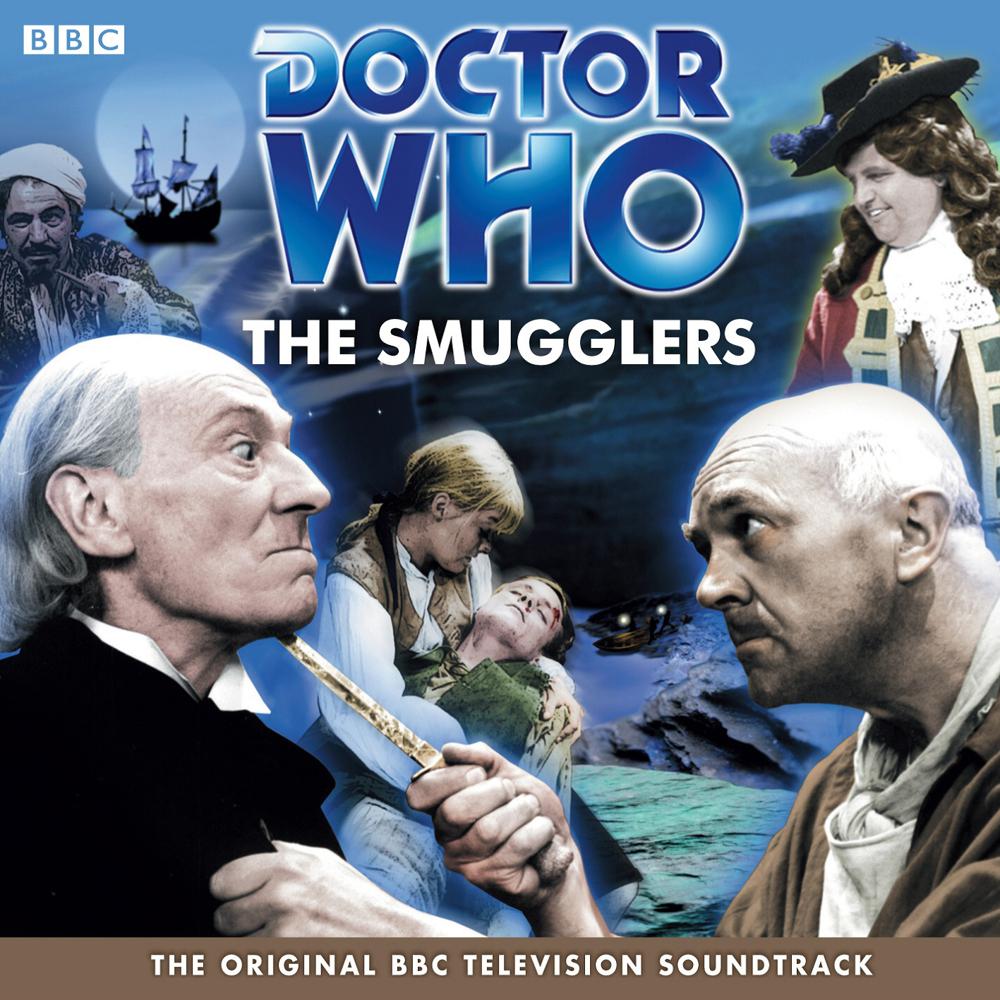 Doctor Who: The Smugglers (TV Soundtrack)

‘Nobody who crosses Pike lives to tell the tale!’ The rugged Cornwall of days gone by is the scene for first Doctor William Hartnell’s 1966 foray into the murky world of pirates and hidden treasure. The TARDIS lands on the seventeenth century Cornish coast, and its crew stumble upon a plot by the local Squire to receive and offload contraband goods. The Doctor meets the churchwarden, whose last words to him concern the whereabouts of hidden treasure. When pirate captain Samuel Pike learns of this, he kidnaps the Doctor and demands to be given the cryptic clue. With the treasure uncovered and the militia called in by the local Revenue officer, a bloody fight ensues – can the Doctor, Ben and Polly escape with their lives? This full-bodied, romantic yarn is narrated by Anneke Wills, who played companion Polly. It also features Michael Craze as Ben and Michael Godfrey as Pike.