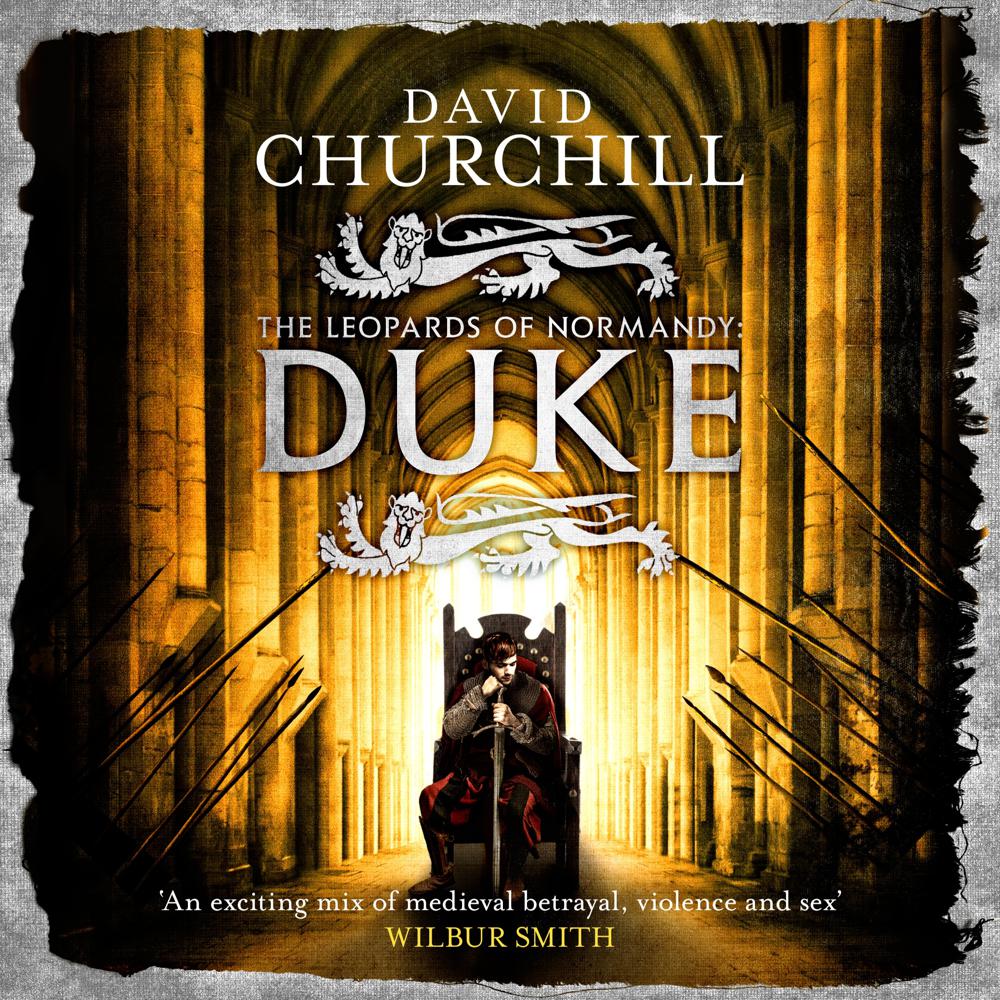 **From the co-author of the No.1 bestselling Wilbur Smith novel, WAR CRY. **

The Leopards of Normandy trilogy continues with Duke, as William of Normandy inherits his father’s title and assumes command of his lands. This vibrant series by David Churchill will enthrall fans of Bernard Cornwell and Conn Iggulden. ‘An exciting mix of medieval betrayal, violence and sex’ Wilbur Smith.

Sparks fly from clashing swords as the game of thrones plays out in bloodshed. Of those named guardian to the boy Duke, all seek advantage and power. Most wish the boy dead. Some will go to any lengths to make it happen.

Across the sea, the struggle for the English crown has seen Queen Emma’s beloved son killed. She has two more sons waiting in the wings but Godwin, Earl of Wessex – kingmaker and arch manipulator – has other plans.

As the noble families of Europe murder each other in their lust for power and fortune, the boy stands apart.

His name is William. His destiny is to conquer.