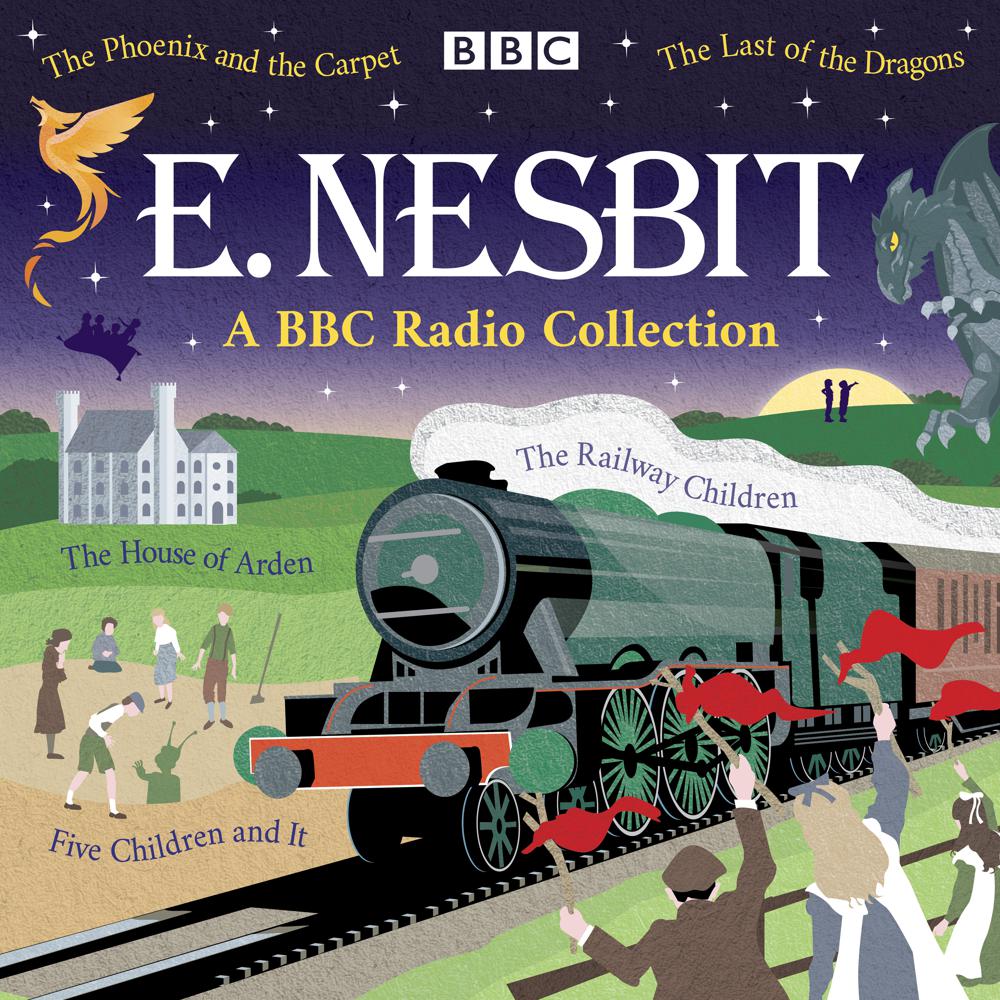 A BBC Radio collection of dramatisations of E. Nesbit’s finest children’s books with extra magical readings plus an original drama by Martin Jameson

E Nesbit is widely regarded as the first modern children’s writer. Her ground-breaking novels have influenced authors from Oscar Wilde to Jacqueline Wilson, and over 100 years after their first publication, they remain perennially popular.

This wide-ranging collection comprises some of her very best children’s fiction, commencing with her timeless tale The Railway Children. Starring Victoria Carling, Daniel Eyssen and Kate McEnery, Frances Jeater this enchanting dramatisation tells the story of three suburban children forced to move to the countryside after their father is mysteriously taken away.

Martin Jameson’s sequel Roberta, Peter and Phyllis revisits them 13 years later, in 1919, to reveal how their lives have changed. Fiona Clarke, James Alper and Emma Hughes-Jones star as the titular siblings.

Also included is Nesbit’s classic ‘Psammead‘ trilogy. In Five Children and It, Five children are granted a series of wishes by a sand fairy – but inevitably, things do not go to plan…
Cast includes Julia McKenzie, Simon Carter, James Richard, Justyn Towler.

Patricia Hodge reads the second book in the series, The Phoenix and the Carpet, in which the discovery of a mysterious egg in an old carpet heralds the start of a magical adventure. And in The Story of the Amulet, a full-cast dramatisation the children voyage through history on a quest for an ancient lucky charm. Featuring the same cast as Five Children and It

Penelope Keith stars as E Nesbit in The House of Arden, a time-travelling fantasy tale about the hunt for a lost family treasure; Other cast includes Timothy Spall and Kelly Bright.

Prunella Scales reads five stories from Nesbit’s delightful compendium The Book of Dragons: ‘Last of the Dragons’, ‘Kind Little Edmond’, ‘The Deliverers of their Country’, ‘The Book of Beasts’ and ‘The Dragon Tamers’. Concluding this anthology are two fantastic feline fables from Cat Tales, co-written by Nesbit and her adopted daughter Rosamund E Bland: ‘The White Cat’, read by Jenny Agutter, and ‘Too Clever by Half’, read by Helen Clapp.

Cast and credits
Written by E Nesbit
Cat Tales written by E Nesbit and Rosamund E Bland
Roberta, Peter and Phyllis written by Martin Jameson
First published 1901 (The Book of Dragons), 1902 (Five Children and It), 1904 (The Phoenix and the Carpet, Cat Tales), 1906 (The Story of the Amulet, The Railway Children), 1908 (The House of Arden)

Too Clever by Half
First broadcast BBC Sounds, 23 July 2019