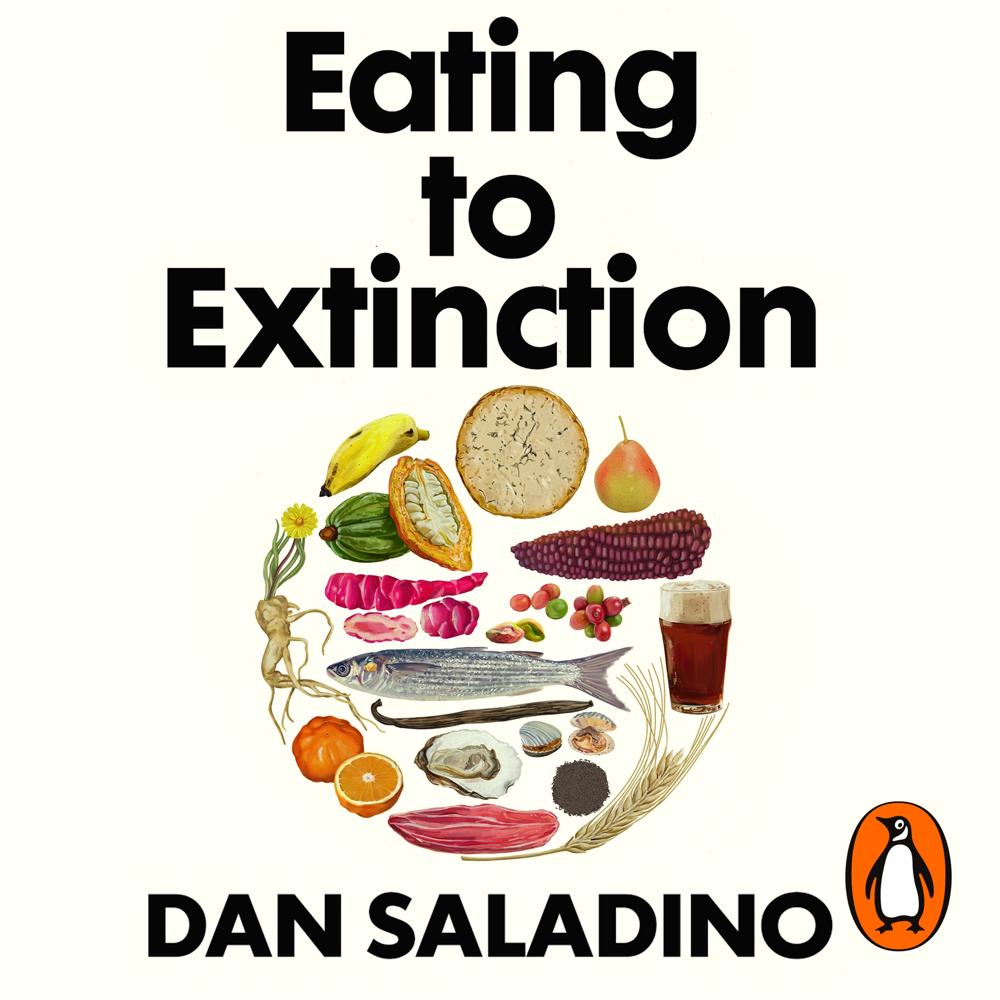 A captivating and unexpected journey through the history of humankind’s relationship with food, with an urgent message for our times.

We live in an age of mass extinction. The earth’s biodiversity is decreasing at a faster rate than ever. Industrial agriculture and the standardization of taste are not only wiping out many edible plants, but also the food cultures, histories and livelihoods that go with them.

Inspired by a global project to collect and preserve foods that are at risk of extinction, Dan Saladino sets out to encounter these endangered foods. Each food tells a story – some of them moving and personal, some of them urgent and timely – and collectively they span the history of civilisation and touch on many of the biggest issues of our time, from climate change to global inequality.

From a humble pea found on an island on the south coast of America to a mysterious cheese found in the mountains of the Balkans, from the wild honey eaten for centuries by the nomadic tribes of Tanzania, to a rare citrus fruit in the mountain forests of India that is the genetic ancestor of all the world’s oranges, each ingredient transports us to a different time and place. Spanning the globe in his search for the most endangered foods, Dan Saladino takes us on a thrilling tour of a disappearing world, and reveals the battles being fought for the future of the planet.