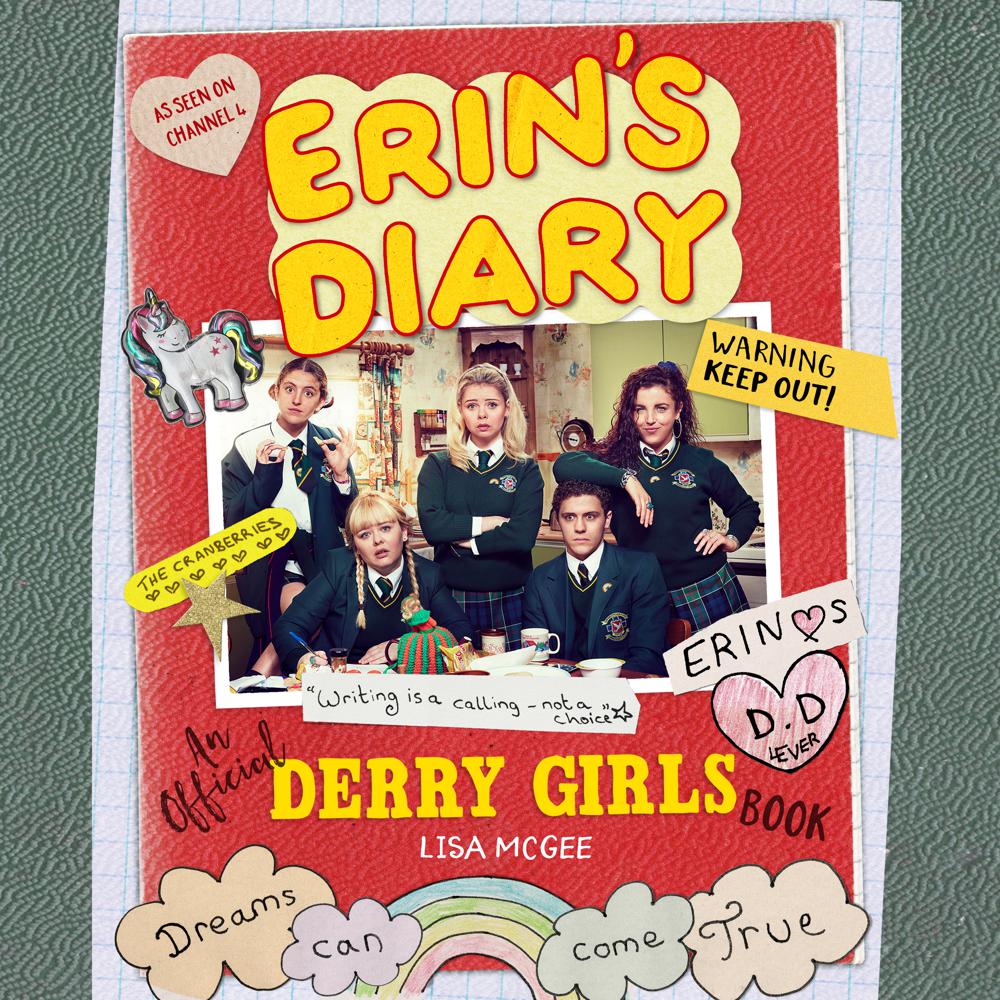 Narrated by me, Erin Quinn, this is the audio edition of my literary debut, Erin’s Diary, a memoir that some are already calling a masterpiece (my Granda Joe has impeccable taste). I hope you won’t feel too intimidated by my talent, but rather that this unique recording of my work provides you with the inspiration you are most likely searching for.

Set in Derry, Northern Ireland in the 1990s, Derry Girls is a candid, one-of-a-kind comedy about what it’s like to be a teenage girl living amongst conflict.

It’s a time of armed police in armoured Land Rovers and British Army check points. But it’s also the time of Murder She Wrote, The Cranberries, Salt-N-Pepa, Doc Martens and The X Files. And while The Troubles may hang over her hometown, Erin has troubles of her own, like the fact that the boy she’s in love with (actually in LOVE with) doesn’t know she exists. Or that her Ma and Aunt Sarah make her include her weirdo cousin Orla in everything she does. Or that head teacher Sister Michael refuses to acknowledge Erin as a literary genius. Not to mention the fact that her second best friend has ALMOST had sex, whereas Erin’s never even kissed anyone yet. These are Erin’s Troubles.

Described by the Guardian as ‘daft, profane and absolutely brilliant’, by the New Statesman as ‘pitch-perfect’ and by i-D as ‘the greatest show on British (and Irish) TV’, Derry Girls has dazzled audiences for two series, with Channel 4’s biggest UK comedy launch since 2004 and the biggest television series in Northern Ireland since modern records began.

Now, this autumn, comes the first official tie-in. In the manner of the very best TV comedy books, Erin’s Diary is a hilarious ‘in world’ publication that extends the laugh-out-loud humour of Derry Girls onto the page. With Erin’s inner take on everything that has happened so far, this book will both dive deeper into the events we have seen unfold on the screen and unveil brand new stories and never-before-revealed details about characters. Complete with newspaper clippings, doodles, poetry, school reports, handwritten notes from her friends, and much much more, Erin’s Diary is as warm, funny and brilliantly observed as the TV; a must-have for fans this Christmas.

‘Erin is sixteen and wishes she had a boyfriend and a life. Nothing else really happens… It’s boring.’ Orla McCool