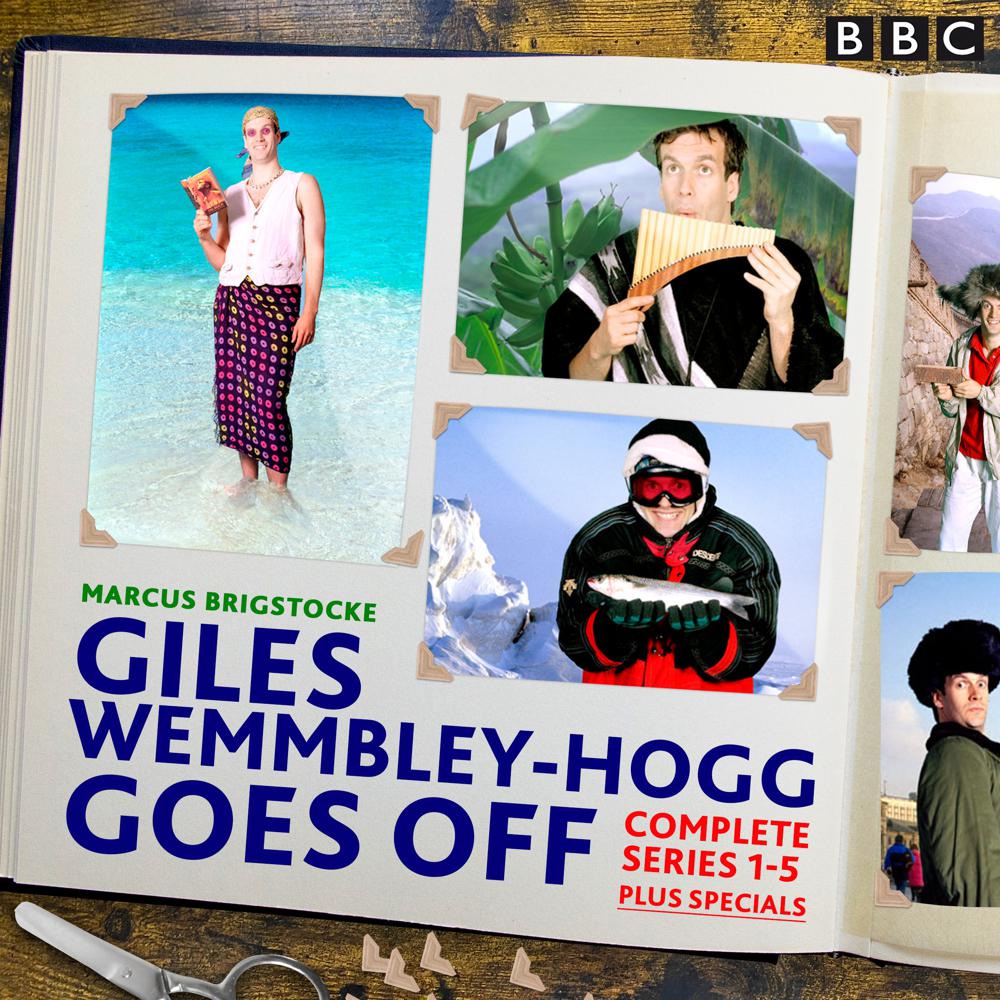 All five series of the award-winning BBC Radio 4 comedy – plus World Cup, Glastonbury and Brexit Specials

His meanderings take him from the Sudan to Las Vegas – but wherever he goes, he always manages to make a thumping great prat of himself. His escapades include toppling the Terracotta Army in China; unleashing a deadly Pharaoh’s curse in Egypt, bankrupting a Japanese financial institution; organising an Agatha Christie-style septuagenarian hen night on the Orient Express and serving up a full-scale biohazard lockdown in Yumsk. Grounded by the Home Office and his father, he sets up a travel advice/events management website from his bedroom, proudly named GWH Travvel (‘two m’s, two g’s, two v’s: bit of a mix up at the printers’). And when an American mogul tries to buy up his beloved town, Giles decides to run for Mayor…

Also included are five special episodes featuring the intrepid traveller and worldly guru. In the 3-part, World-Cup-themed Giles Wemmbley Hogg Geht Zum FussballWeltmeisterschaft Weg!, he heads to Germany to report on the famous football competition – and finds himself embroiled in a series of baffling adventures and mishaps. In …to Glastonbury, he blunders muddily around the Festival, accompanied by his ever-unhelpful fiancée Bella and a ragtag assortment of hippies; and in …Article 50, he vows to heal the rift between Brexiteers and Remoaners once and for all by ruddy well sorting out Brexit.