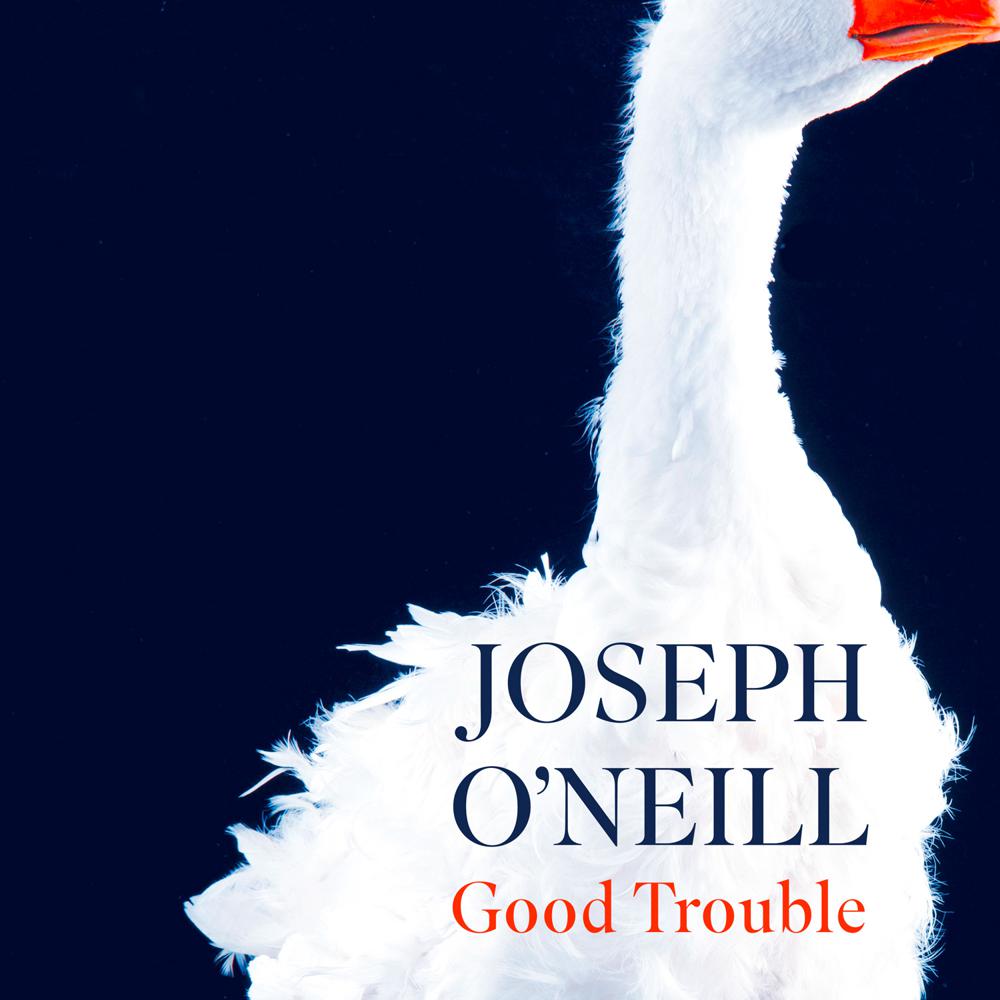 In Good Trouble, the first story collection from Joseph O’Neill, author of Netherland, characters are forced to discover exactly who they are, and who they can never quite be.

There’s Rob, who swears he is a dependable member of society, but can’t scrape together a character reference to prove that’s the case. And Jayne, who has no choice but to investigate a strange noise downstairs while her husband lies glued to the bed with fear. A mother tries to find where she fits into her son’s new life of semi-soft rind-washed cheeses, and a poet tries to fathom what makes a poet. Do you even have to write poetry?

Packed with O’Neill’s trademark acerbic humour, Good Trouble explores the maddening and secretly political space between thoughts and deeds, between men and women, between goose and not-goose.