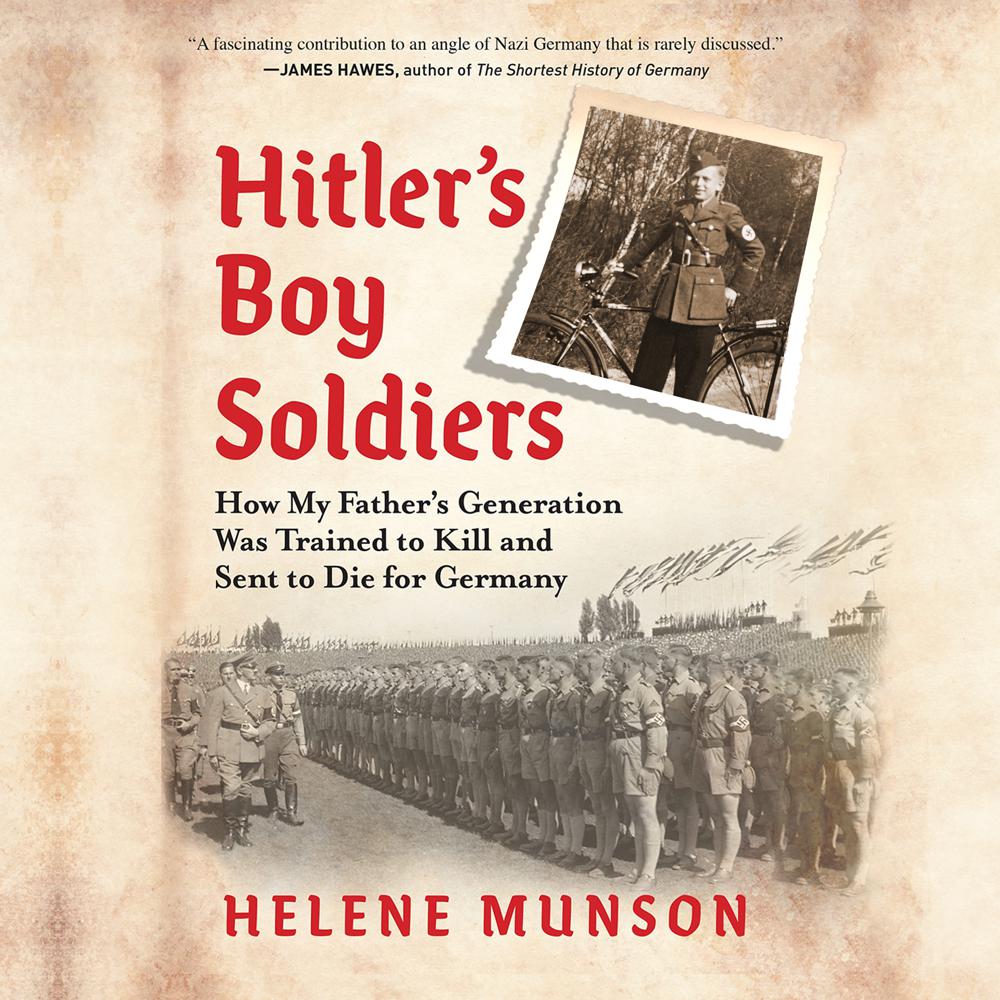 Helene Munson resurrects her father’s WWII journals and embarks on a meticulous investigation, exposing how the Nazis trained 300,000 impressionable children as soldiers. In 1937, Munson’s father, Hans, was enrolled in an elite German school whose students were destined to take leadership roles in the Reich. At fifteen, he was drafted as an antiaircraft gunner—along with the rest of the Hitler Youth—and assigned to an SS unit. As the war was being lost, Hans and his schoolmates were ordered to the front lines. Few returned. A personal lens into a nation’s shameful past, Hitler’s Boy Soldiers documents the history of the largest army of child soldiers in recent memory. Munson explores the lifelong effects on brainwashed children coerced to join a party they didn’t understand. Both a modern narrative and an important historical contribution, Hitler’s Boy Soldiers grapples with inherited trauma, the nature of being victim or perpetrator, and the burden of guilt.