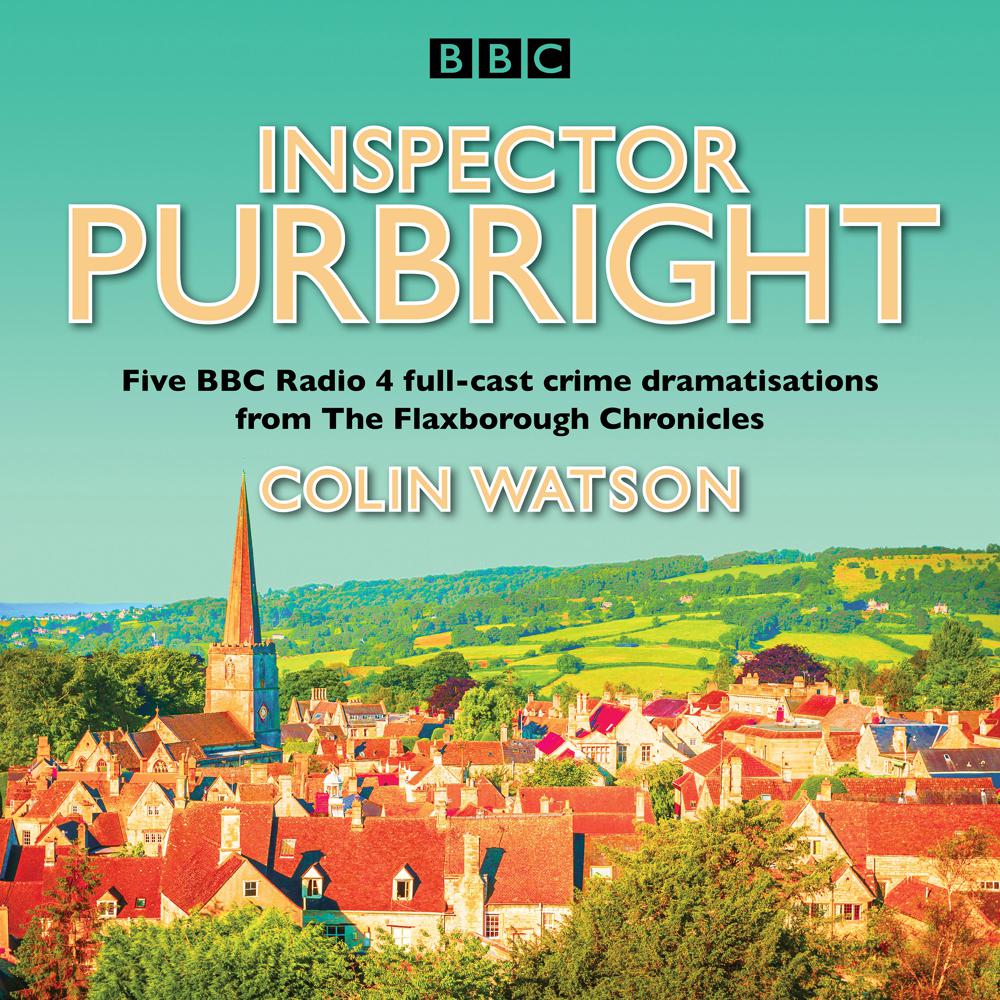 A collection of cosy crime dramas adapted from Colin Watson’s ‘Flaxborough Chronicles’, set in a small Lincolnshire market town in the 1960s and ’70s

Inspector Purbright is a thoroughly English policeman: affable, polite, dogged and decent. Created by award-winning crime writer Colin Watson, he appeared in 12 Flaxborough mysteries, four of which were adapted for BBC TV under the title Murder Most English. These five radio dramatisations star Peter Jeffrey, John Pullen and John Rowe as Purbright.

Coffin, Scarcely Used – When newspaper proprietor Marcus Gwill is found dead under an electricity pylon, shortly after the death of his neighbour Harold Carobleat, Inspector Purbright investigates. He soon discovers that something very odd is going on in the seemingly respectable town of Flaxborough.

Bump in the Night – Tuesday nights in Chalmsbury are becoming quite explosive: first a drinking fountain is blown to bits, then the statue of Alderman Berry is decapitated, and the following week a giant glass eye is shattered. On loan from Flaxborough CID, can Purbright find the mystery bomber?

Lonelyheart 4122 – Two middle-aged women have gone missing in Flaxborough, and Purbright’s investigations lead him to local marriage bureau Handclasp House. Meanwhile, the resourceful Miss Lucy Teatime has her own interest in the agency…

Charity Ends At Home – The kindly detective probes dark deeds in the world of small-time animal charities – and uncovers a trail of murder and sabotage.

The Naked Nuns – An intercepted telegram hints that Flaxborough is home to human traffickers – and then a tip-off arrives from America that an assassin is on the way. Soon, Inspector Purbright finds himself picking his way through a case of vice and violence…