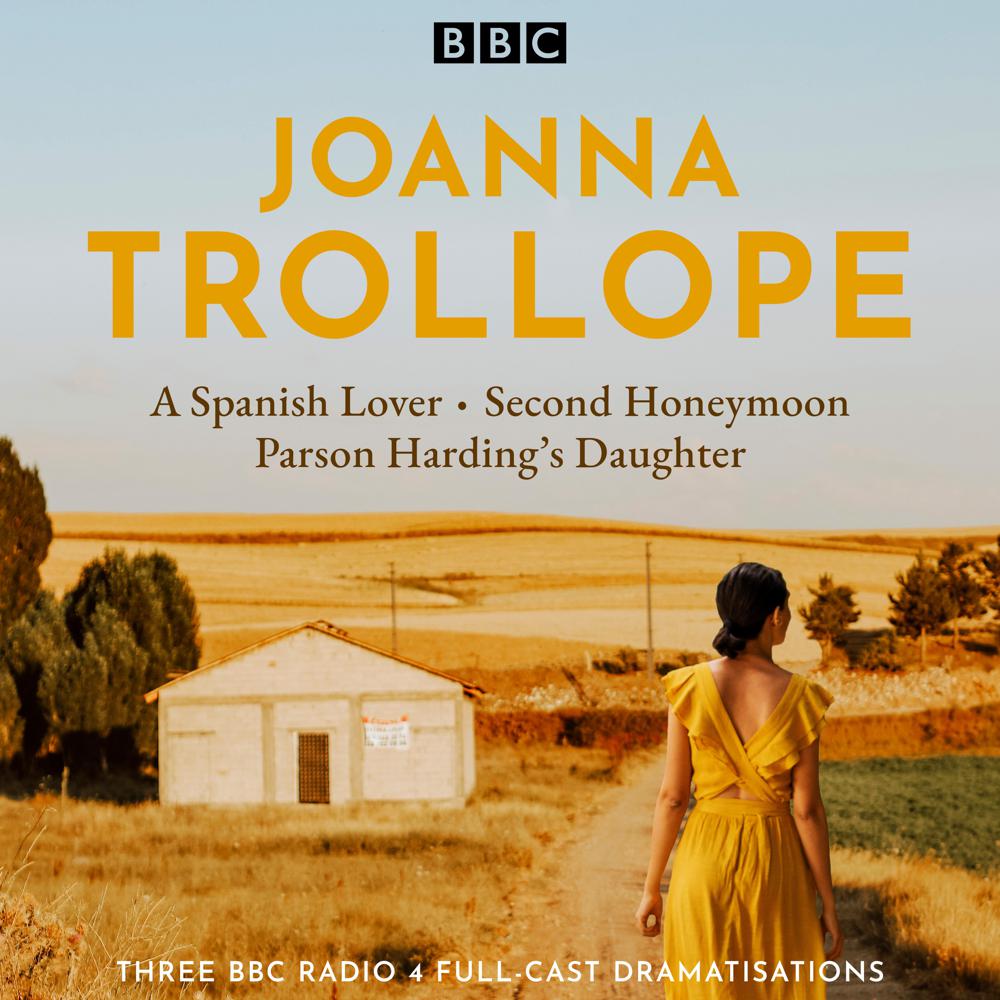 Bestselling author Joanna Trollope has been described as one of the most insightful chroniclers and social commenters writing fiction today. Her books have been translated into over 25 languages, and several have been adapted for television. This collection comprises the BBC Radio dramatisations of her historical novel Parson Harding’s Daughter (written under the nom de plume Caroline Harvey) and two of her most popular contemporary novels, A Spanish Lover and Second Honeymoon, as well as an edition of the literary chat show The Book Café.

Parson Harding’s Daughter – 1775, and Caroline Harding’s only suitor has disappeared to India without her. A plain, impoverished rector’s daughter, she is left with few prospects – so when tragedy strikes, she has no choice but to sail to Calcutta, bound for marriage to a man she hasn’t seen for eight years… Rebecca Egan stars in this engaging love story, winner of the 1980 Romantic Novel of the Year Award.

A Spanish Lover – Lizzie and Frances are twins, but while Lizzie appears to have everything, Frances’ life seems to lack romance. But when Frances impulsively jets off to Spain, everything changes. While Frances discovers excitement and adventure, Lizzie’s world begins to fall apart…Starring Jemma Redgrave as Frances, with Caroline Langrishe as Lizzie.

Second Honeymoon – When Edie’s youngest son leaves home she tries to come to terms with the empty nest, but her husband’s thoughts turn to the second honeymoon that is about to begin. Or so he thinks… Starring Christine Kavanagh as Edie and Sam Dale as Russell.

The Book Café: Joanna Trollope – Clare English talks to the acclaimed novelist about her life and work, discussing her Scottish heritage, her love of Chelsea FC – and why there is no sex in her books.