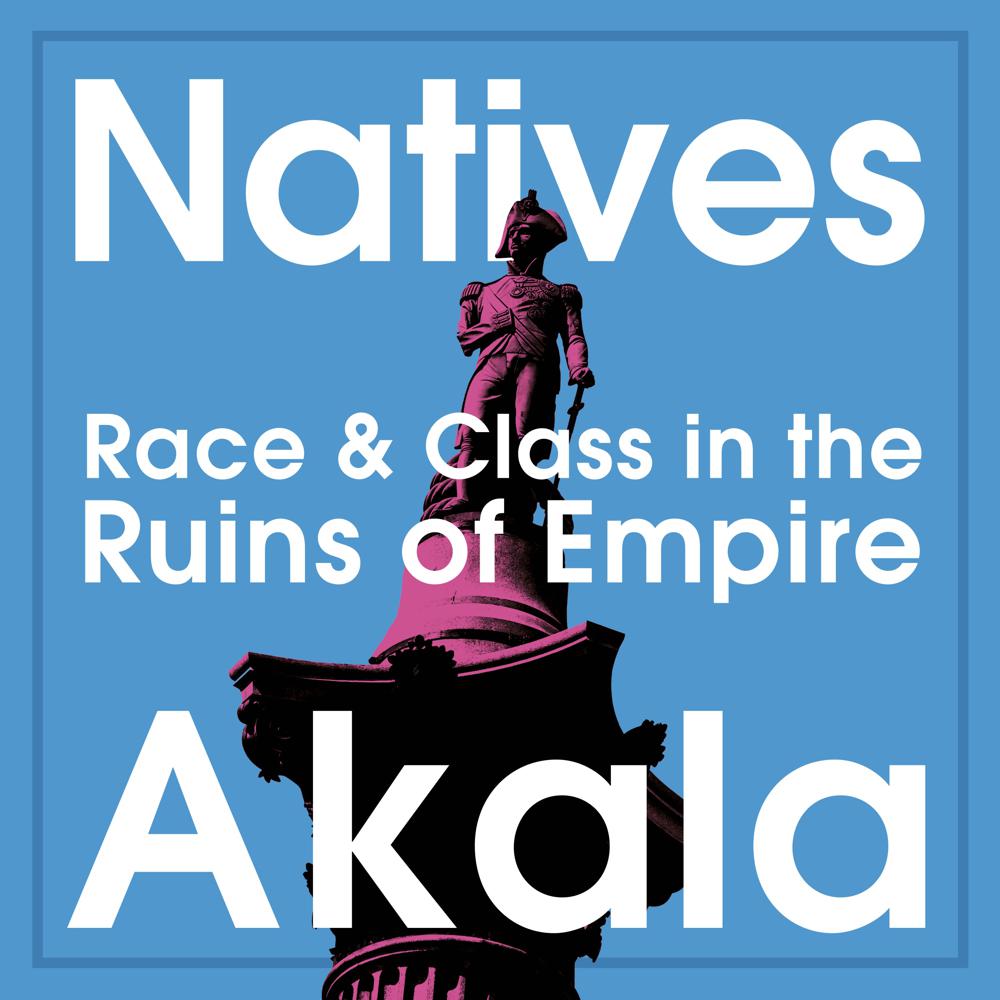 ‘This is the book I’ve been waiting for – for years. It’s personal, historical, political, and it speaks to where we are now’ Benjamin Zephaniah
‘I recommend Natives to everyone’ Candice Carty-Williams

From the first time he was stopped and searched as a child, to the day he realised his mum was white, to his first encounters with racist teachers – race and class have shaped Akala’s life and outlook. In this unique book he takes his own experiences and widens them out to look at the social, historical and political factors that have left us where we are today.

Covering everything from the police, education and identity to politics, sexual objectification and the far right, Nativesspeaks directly to British denial and squeamishness when it comes to confronting issues of race and class that are at the heart of the legacy of Britain’s racialised empire.

Natives is the searing modern polemic and Sunday Times bestseller from the BAFTA and MOBO award-winning musician and political commentator, Akala.

‘The kind of disruptive, aggressive intellect that a new generation is closely watching’ Afua Hirsch, Observer
‘Part biography, part polemic, this powerful, wide-ranging study picks apart the British myth of meritocracy’ David Olusoga, Guardian
‘Inspiring’ Madani Younis, Guardian
‘Lucid, wide-ranging’ John Kerrigan, TLS
‘A potent combination of autobiography and political history which holds up a mirror to contemporary Britain’ Independent
‘Trenchant and highly persuasive’ Metro
‘A history lesson of the kind you should get in school but don’t’ Stylist