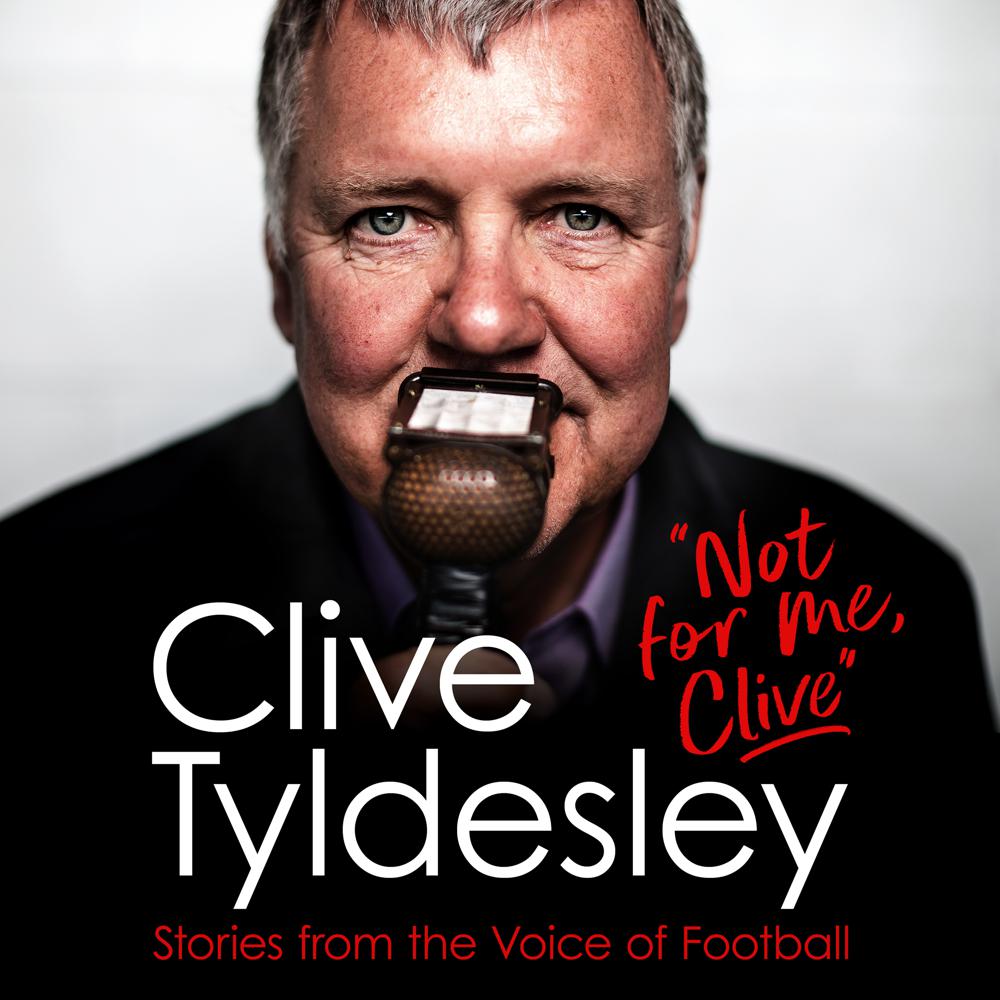 Not For Me, Clive

‘This is really good. Raw, funny and revealing on football, on Ferguson, Clough, Dalglish & worth getting for the Roy Keane selfie story alone. Emotional on his ITV exit. Talent like Tyldesley’s appeals to all ages.’ Henry Winter

‘Started reading this and couldn’t stop … wise and entertaining on the big names and games. Clever work.’ Paul Hayward

‘Clive Tyldesley’s brilliant, emotive commentaries became the soundtrack to matches that will stay with the fans for the rest of their lives.’ Oliver Holt

Football changes everything. It changes how we feel, how we think, how we behave. It turns us into someone else.
You love your team first. It’s tribal. Except I did love something else. I loved the idea of commentating on my team, on every team. I loved it even more than my team. I ditched the girl next door for the diva on the silver screen.
Like all true romances, it was irrational and intoxicating, it was tangled and foolish, it became addictive and occasionally heart-breaking and it kept on changing.
Two United goals inside two minutes changed it in 1999. A teenage Evertonian called Rooney twisted the plot in 2002. Three Liverpool goals in less than six minutes changed everything again in 2005. Hello, hello.
Moments. Mere blinks of wide eyes. Football happens in heartbeats. Meeting those moments is my job. Seeing them, saying them, spelling out the difference they have just made. It’s all I’ve ever wanted to do. Probably all I can do.
Spending time in the company of the ‘greats’ of football like Sir Alex Ferguson, Bill Shankly, Brian Clough and Sir Kenny Dalglish has changed everything for me, and probably for you too.