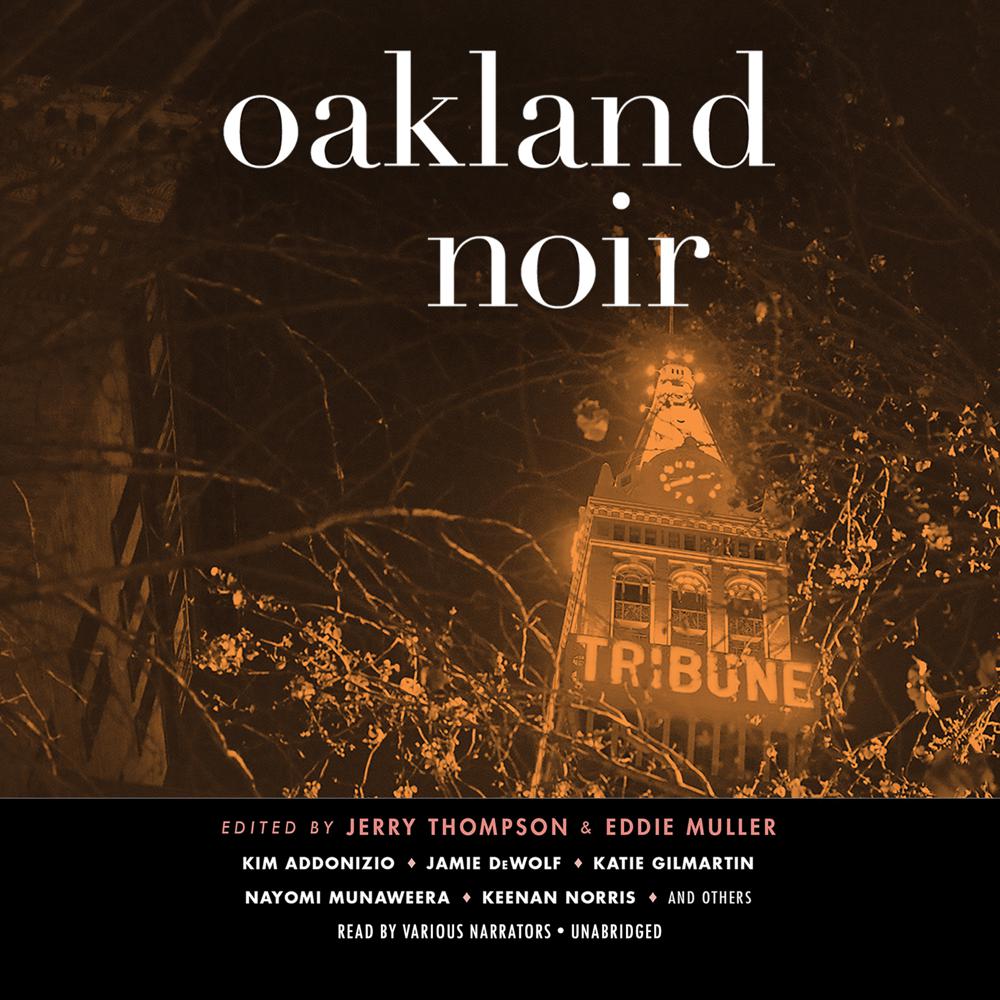 In the wake of San Francisco Noir, Los Angeles Noir, and Orange County Noir—all popular volumes in the Akashic Noir Series—comes the latest California installment, Oakland Noir. Masterfully curated by Jerry Thompson and Eddie Muller, the “Czar of Noir,” this volume will shock, titillate, provoke, and entertain. The diverse cast of talented contributors will not disappoint.

Jerry Thompson: “Discovering the wang-dang-doodle jams of the Pointer Sisters shifted my entire focus. Stunning black women were scatting and bebopping all the way into my soul. I think what we’ve put together in Oakland Noir is a volume where this city is a character in every story. He’s a slick brother strutting over a bacon-grease bass line and tambourine duet. She’s a white chick with a bucket of hot muffins heading to farmer and flea markets, to sell crafts and get hooked up with some fine kat with dreadlocks and a criminal record. And it’s in the faces of young fearless muthafuckers pounding keyboards and snapping fingers, lips, Snapchats, and Facebook timelines. It’s the core of not only Black Lives Matter but all lives matter. We are the children of fantasy and of the funk.”

Eddie Muller: “These days, writers and readers aren’t denying the darker parts of our existence as much as they used to, especially in crime fiction. Some writers just do it for fun because it’s become the fashionable way to get published. You know, ‘gritty violence’ and all that bullshit. The genuine darkness in noir stories comes from two places—the cruelty of the world’s innate indifference and the cruelty that people foster within themselves. If you’re not seriously dealing with one, the other, or both, then you’re not really writing noir.”