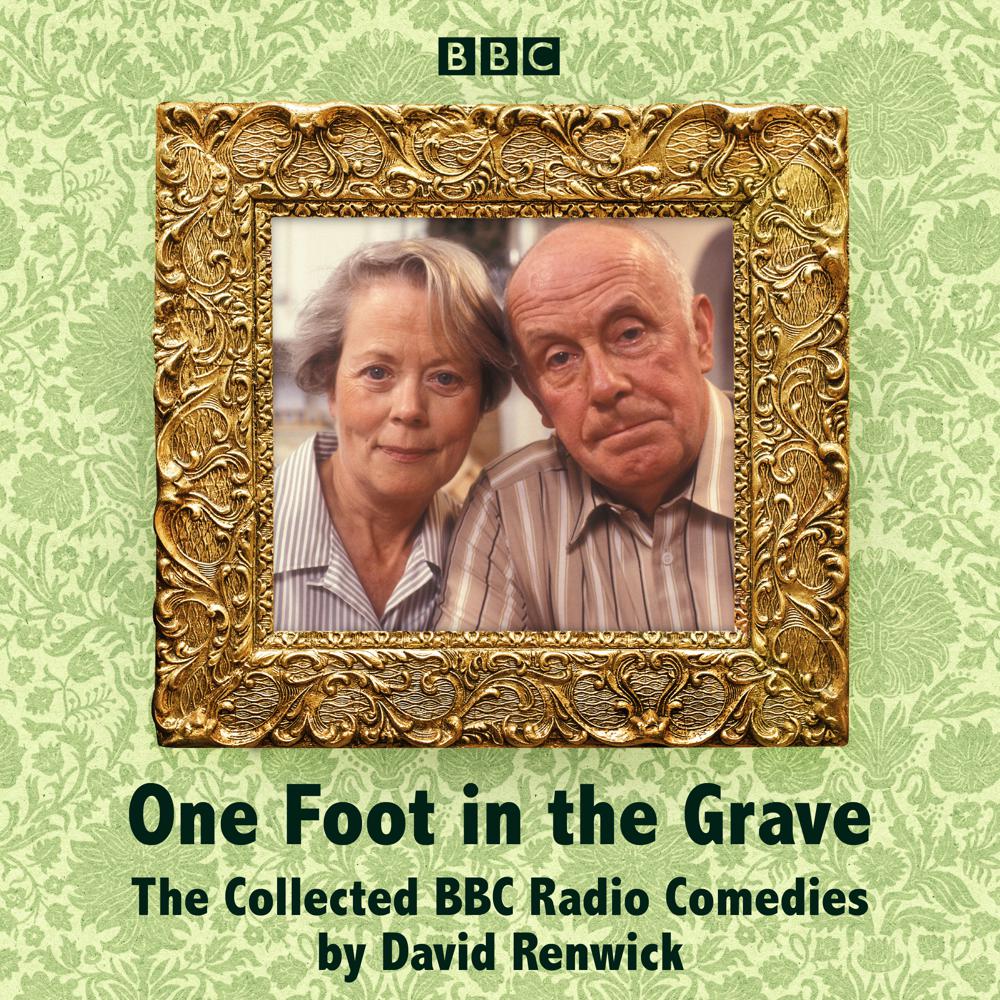 One Foot in the Grave

Crabby, crusty, and curmudgeonly he may be, but Victor Meldrew, played brilliantly by Richard Wilson, voices the exasperation of the once silent majority. Accompanied by his long-suffering wife Margaret (Annette Crosbie), Victor’s howlingly funny battles against what he perceives as modern-day ills have turned him into one of the great comic creations of our time.
This collection gathers three of the best TV episodes from the well-known BBC 1 Series and an additional four scripts that were specially adapted for radio by One Foot in the Grave creator David Renwick and fully re-recorded by the cast.

The episodes are:
Alive and Buried”: Made redundant at 60, Victor Meldrew has plenty of time on his hands, except now he has to contend with Age Concern workers and unreliable mechanics.

“Timeless Time”: It’s night-time. Victor can’t sleep, which means that Margaret won’t be able to either.

“In Luton Airport No-one Can Hear You Scream”: Victor and Margaret return from holiday to find their home has been demolished.

“The Beast in the Cage”: Victor encounters road rage when he’s stuck in a bank-holiday traffic jam.

“The Man in the Long Black Coat”: Following the garden gnome incident, Victor Meldrew’s feud with neighbour Patrick continues apace. Added to that, Victor has also bought some radioactive manure for his allotment.

The Broken Reflection”: Victor is acting as a neighbourhood vigilante and is not looking forward to his accident-prone brother coming to visit from New Zealand.

The Trial”: Although selected for jury service, Victor hasn’t yet been required in court. However, he is still on call and therefore stuck at home all day. Can he survive the boredom?