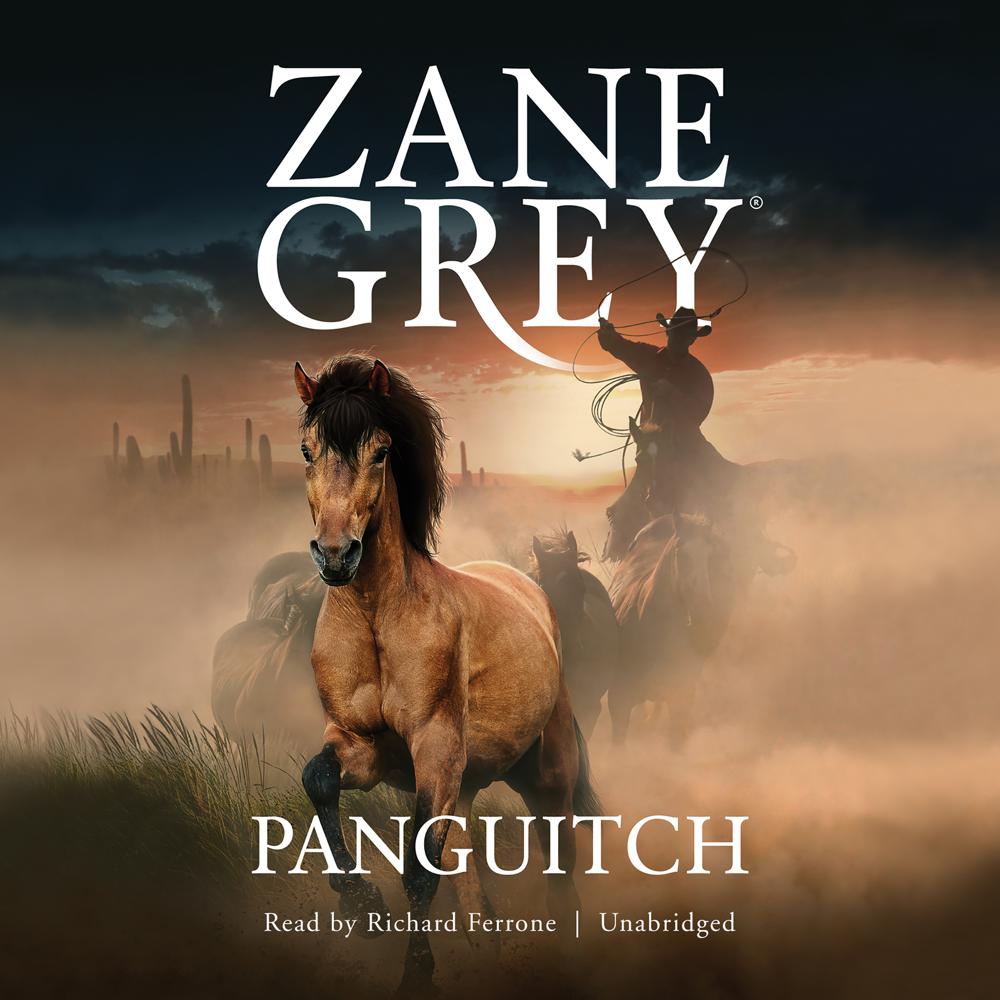 Panguitch is king of the wild mustangs. A magnificent stallion the color of a lion, except for his black mane and tail, he has been unsuccessfully sought for years by a number of horse hunters. Chane Weymer can hardly believe when the Paiute Chief, Toddy Nokin, confides in him, a white man, that Panguitch and his herd are on Wild Horse Mesa in Utah. How can a herd of horses be on the insurmountable mesa?

Chane buys horses from the Paiute that he plans to sell to the Mormons, but he is attacked by horse thieves and escapes with only the horse he is riding. Having evaded the thieves, he discovers wild horses led by Panguitch. Now that he knows Panguitch’s access to Wild Horse Mesa, Chane decides to return to capture the wild stallion.

Chane is near exhaustion when he rides into the Melberne-Loughbridge horse-hunting camp. Amazed to find that his brother is part of the crew there, he accepts Melberne’s invitation to join them. But trouble lies ahead as Benton Manerube, a man associated with the horse thieves who attacked Chane, is in the camp posing as an expert horse hunter.