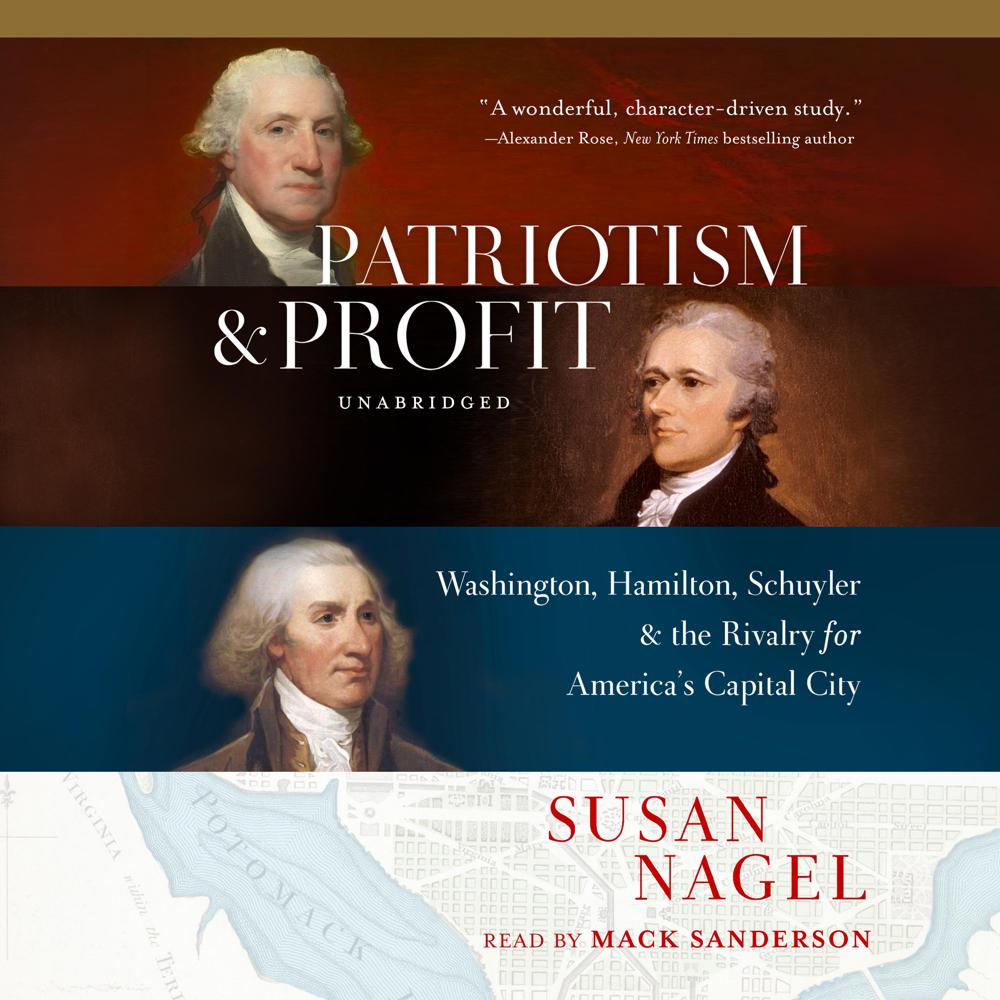 The untold story of how America’s beloved first president, George Washington, borrowed, leveraged, and coerced his way into masterminding the key land purchase of the American era, which lead to the creation the nation’s capital city.

Contrary to the popular historical record, Thomas Jefferson was not even a minor player at the Dinner Table Bargain, now known as the Compromise of 1790. The real protagonists of the Dinner Table Bargain were President George Washington and New York Senator Philip Schuyler, who engaged in the battle that would separate our financial capital from our political seat of power. Washington and Schuyler’s dueling ambitions provoked an intense decades-long rivalry and a protracted crusade for the location of the new empire city. Alexander Hamilton, son-in-law to Schuyler and surrogate son to George Washington, was helplessly caught in the middle.

This invigorating narrative vividly depicts New York City when it was the nation’s seat of government. Susan Nagel captures the spirit, speech, and sensibility of the era in full and entertaining form—and readers will get to know the city’s eighteenth-century movers, shakers, and power brokers, who are as colorful and fascinating as their counterparts today. Delicious political intrigue and scandalous gossip between the three competing alpha personalities—George Washington, Philip Schuyler, and Alexander Hamilton—make this a powerful and resonant history, reminding us that our Founding Fathers were brilliant but often flawed human beings.They were avaricious, passionate, and visionary. They loved, hated, sacrificed, and aspired. Even their most vicious qualities are part of the reason why, for better or worse, the United States became the premier modern empire, born from figures carving their legacies into history.Not only the dramatic story of how America’s beloved first president George Washington created the nation’s capital city, Patriotism and Profit serves as timely exposé on issues facing America today, revealing the origins behind some of our nation’s most pressing problems.

A bonus PDF file includes all charts, diagrams, and photographs that appear in the print edition of the book.