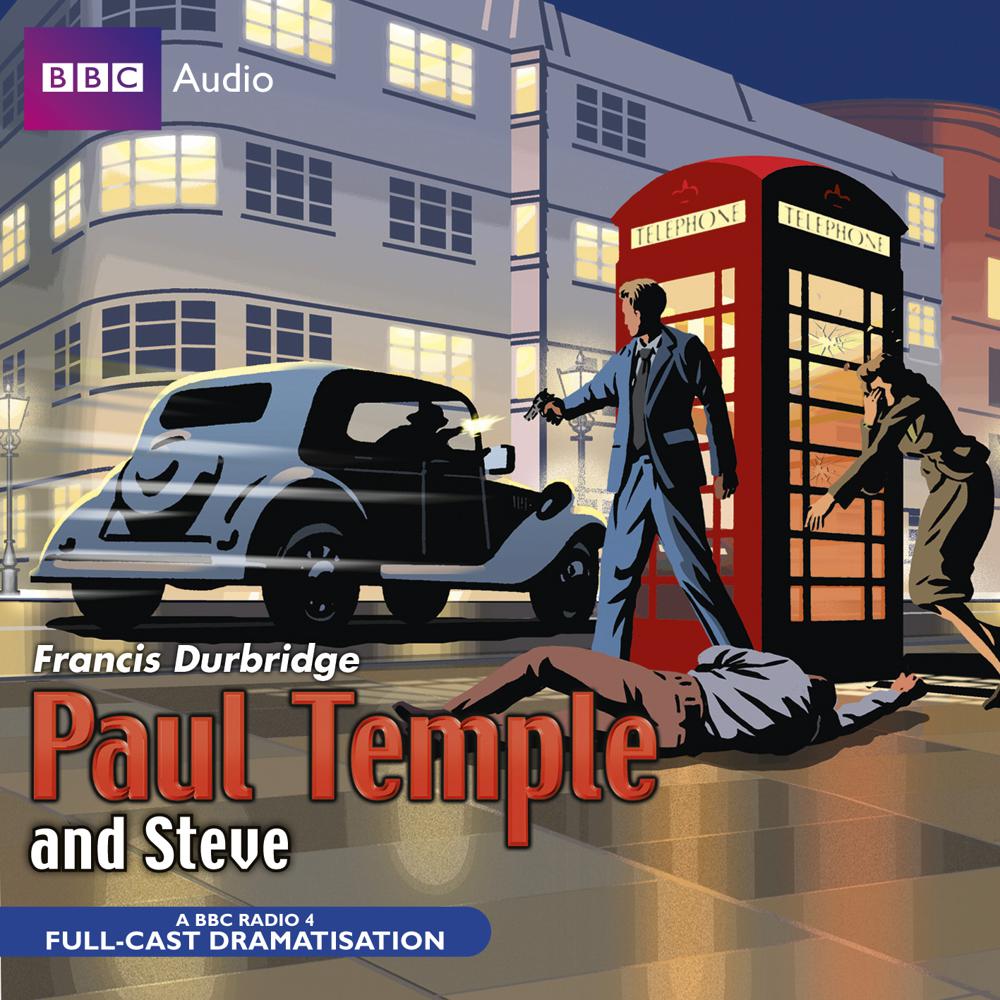 From 1938 to 1968, crime novelist and detective Paul Temple and his Fleet Street journalist wife Steve solved case after case in one of BBC Radio’s most popular serials. Now the dapper duo return refreshed and reinvigorated to the airwaves, to investigate the activities of a shadowy and ruthless criminal mastermind in post-war London. Enlisted by Sir Graham Forbes of Scotland Yard to help track down the mysterious Dr Belasco, Paul and Steve find clues in cigarette lighters and bodies in shrubberies, dance the night away in louche Latin American night clubs, meet sinister manservants and suspicious foreigners, and have their lives threatened at every turn. Just as well Steve remembered to bring along her revolver as well as her ration book… This new production for BBC Radio 4 uses the original scripts, vintage sound effects and much of the incidental music from the missing 1947 production. As far as possible, it is a technical and stylistic replica of how that production might have sounded had its recording survived.