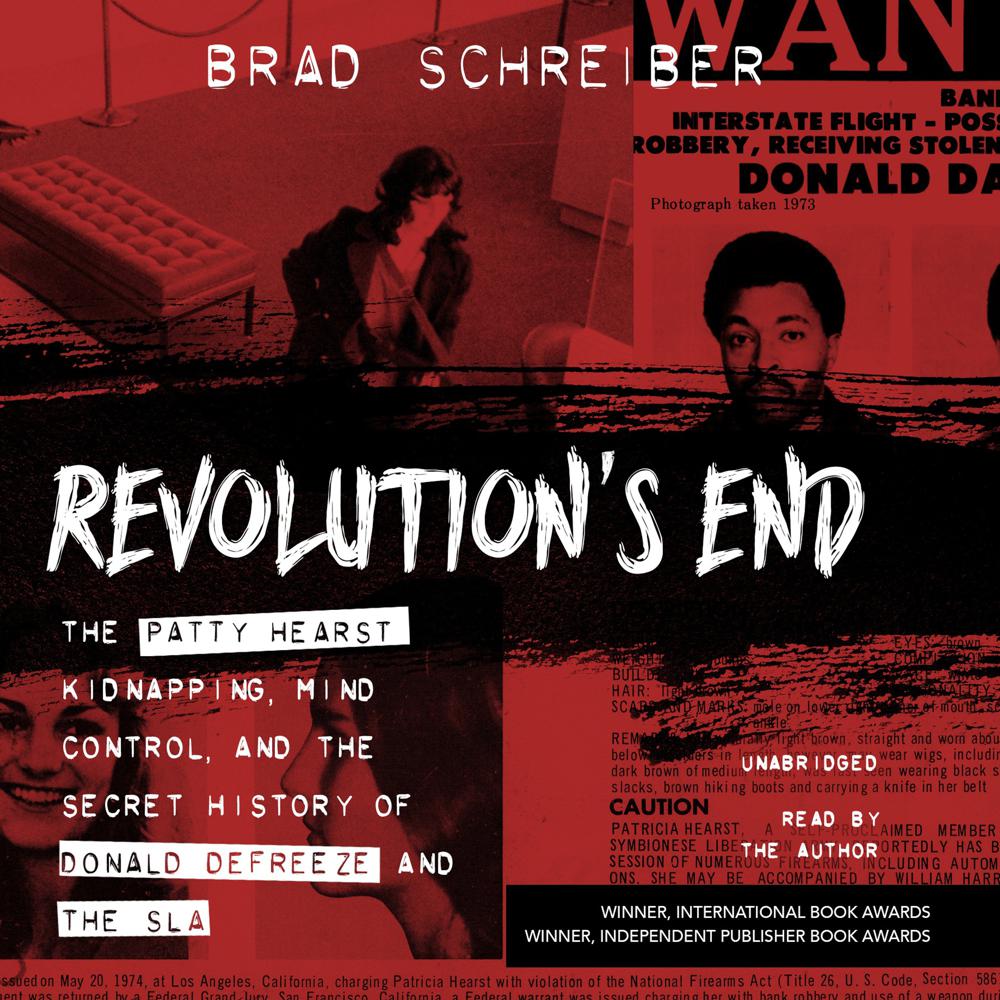 Forty years after the Patty Hearst “trial of the century,” people still don’t know the true story of the events.

Revolution’s End fully explains the most famous kidnapping in US history, detailing Patty Hearst’s relationship with Donald DeFreeze, known as Cinque, the head of the Symbionese Liberation Army (SLA) Not only did the heiress have a sexual relationship with DeFreeze while he was imprisoned, she didn’t know he was an informant and a victim of prison behavior modification.

Neither Hearst nor the white radicals who followed DeFreeze realized that he was molded by a CIA officer and allowed to escape, thanks to collusion with the California Department of Corrections. DeFreeze’s secret mission: infiltrate and discredit Bay Area antiwar radicals and the Black Panther Party, the nexus of 1970s activism. When the murder of the first black Oakland schools superintendent failed to create an insurrection, DeFreeze was alienated from his controllers and, his life in jeopardy, decided to become a legitimate revolutionary.

Revolution’s End finally elucidates the complex relationship of Hearst and DeFreeze and proves that the largest shoot-out in US history, which killed six members of the SLA in South Central Los Angeles, ended when the LAPD purposely set fire to the house and incinerated those six radicals on live television, nationwide, as a warning to American leftists.