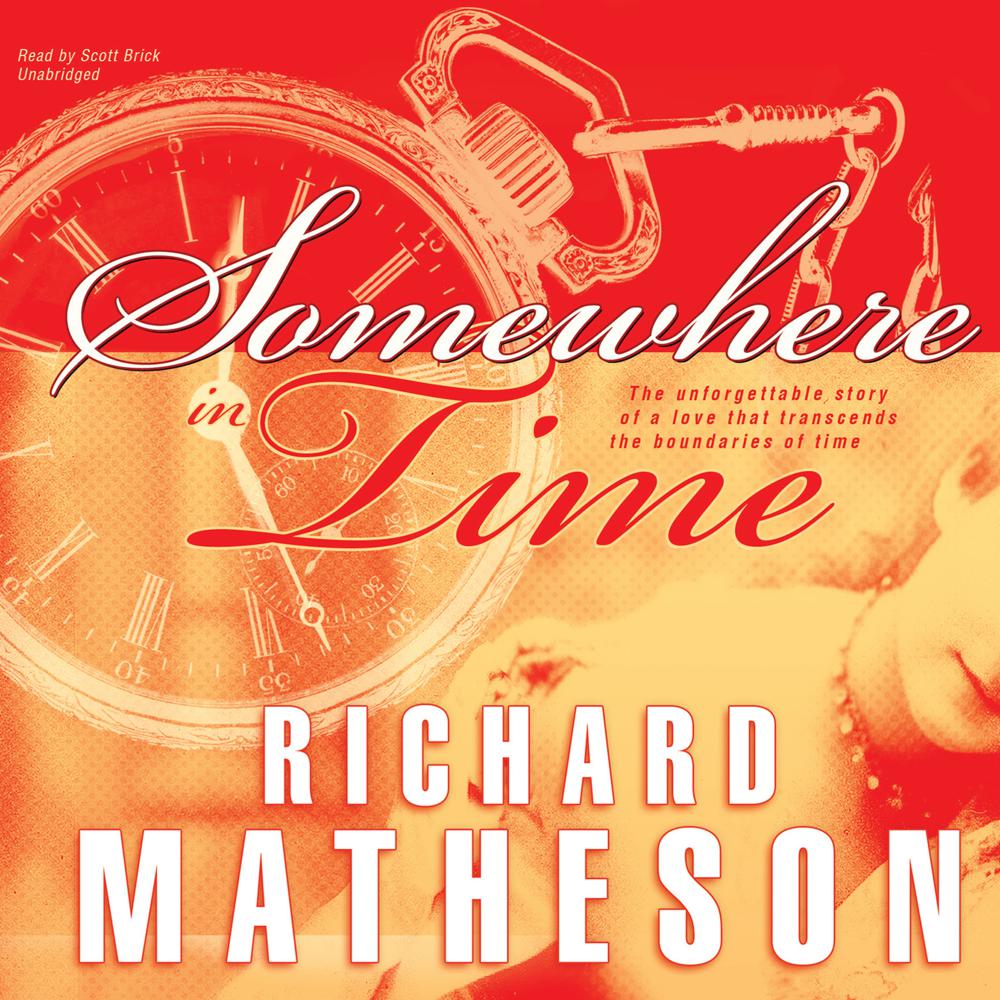 Written by one of the grand masters of modern fantasy, Somewhere in Time is the moving, romantic story of a modern man whose powerful love for a woman he has never met allows him to literally transcend time.

A dying young playwright staying in a turn-of-the-century hotel becomes captivated by a painting of a beautiful stage actress from the previous century. Obsessed, he begins to study everything he can about the woman and her time and becomes convinced he belongs with her. Through self-hypnosis, he transports himself to 1896, where he finds the soul mate he was fated to meet. But will he be able to stay?

Somewhere in Time won the World Fantasy Award for Best Novel and was the basis for the 1980 cult classic movie starring Christopher Reeve and Jane Seymour.