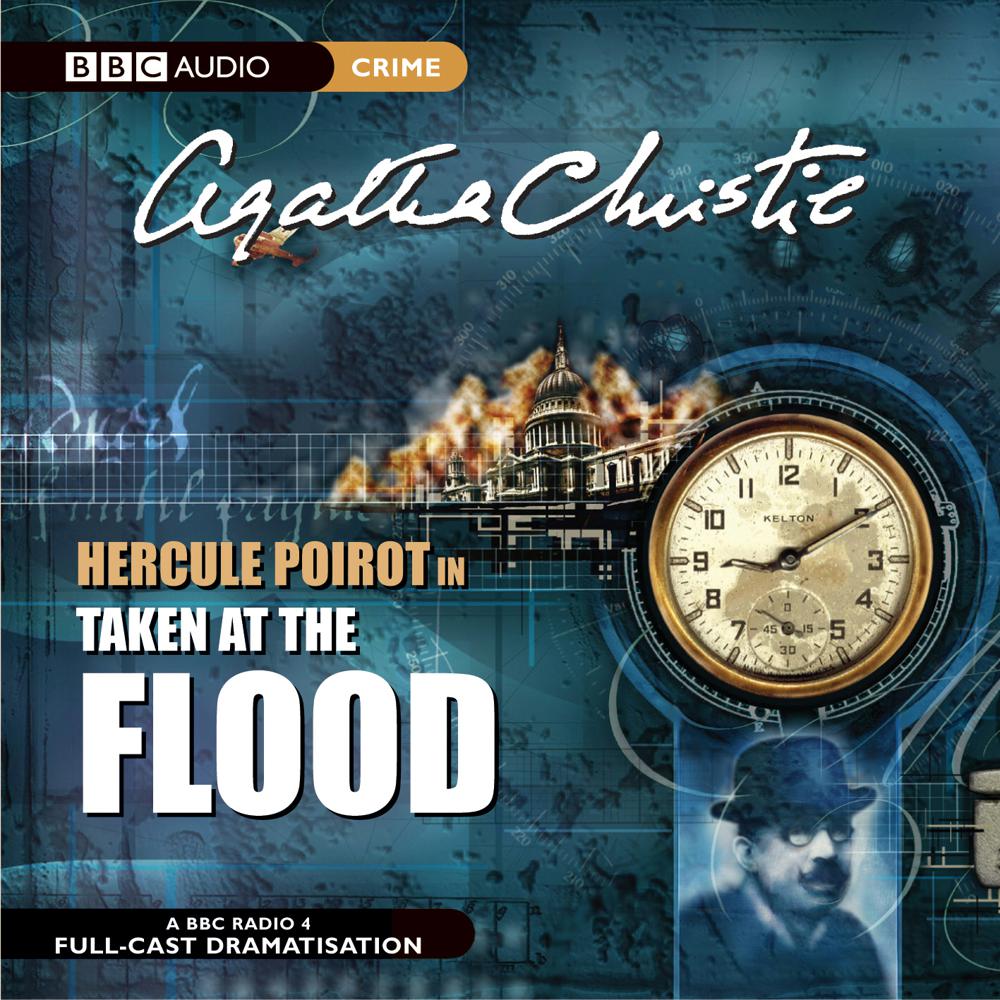 Taken At The Flood

In 1940s London, Hercule Poirot is cornered by the club bore and learns of a mysterious death – one which sets him off on one of his most intriguing cases. When Gordon Cloade is killed in a London air raid his vast fortune passes to his young wife Rosaleen. Cloade’s relatives are desperate to get their hands on his money, and Rosaleen begins to fear for her life. The prospects for the Cloade relatives improve when they discover that Rosaleen had a previous husband who had perished mysteriously in Africa. Then a mysterious stranger appears in the village, saying that he has something to communicate to her, but the following morning he is found dead. Was the murdered man in fact Rosalind’s first husband? Who murdered him – and why?