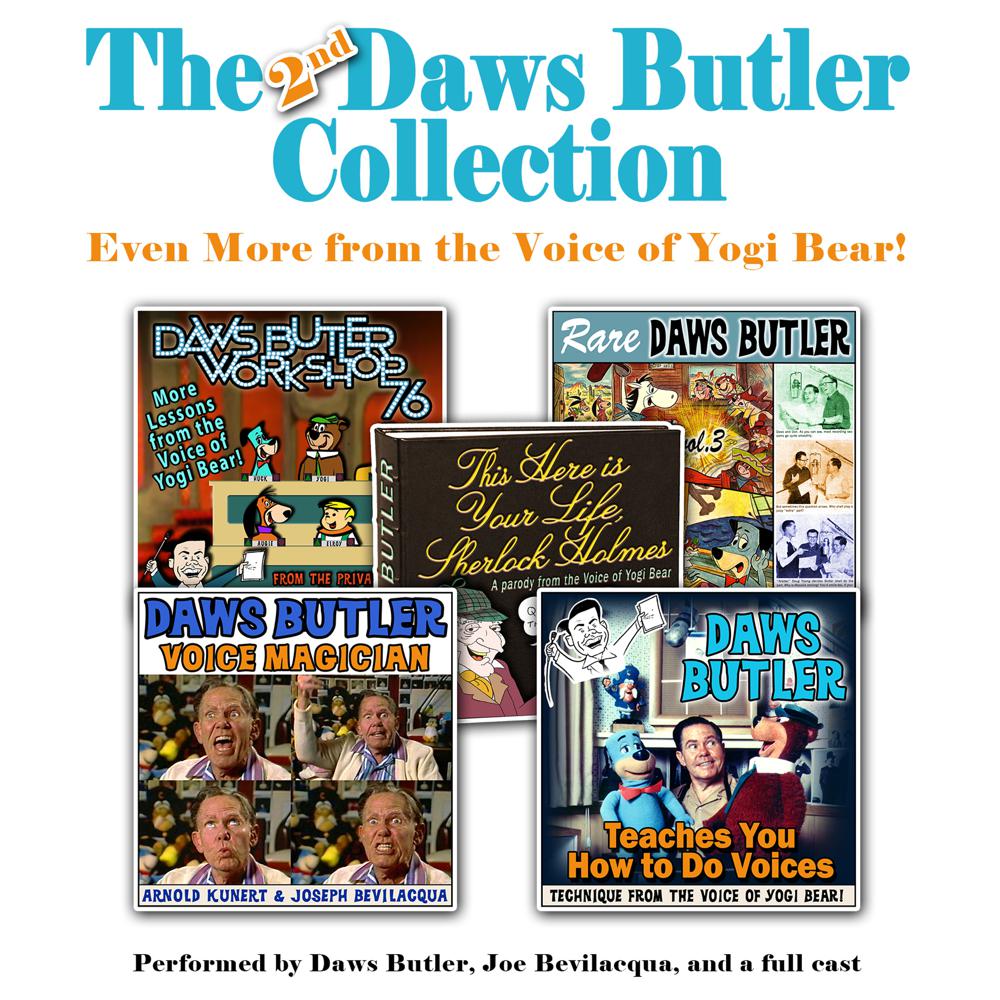 His voice can be heard in countless classic animated cartoons still seen on television around the world. He was Yogi Bear, Huckleberry Hound, and a hundred others. His fans included Groucho Marx, Lionel Barrymore, and even Albert Einstein. His work with satirist Stan Freberg sold millions of records. You have probably never heard of him. His name was Daws Butler, and he is considered one of the greatest voice actors of the twentieth century.

The Second Daws Butler Collection is an extensive assortment of his performances, teachings, and writings, both rare and celebrated. Included are Daws Butler Teaches You How to Do Voices; Daws Butler: Voice Magician; This Here Is Your Life, Sherlock Holmes; Daws Butler Workshop ’76; and Huck, Yogi, and Quick Draw, the Lost Recordings.