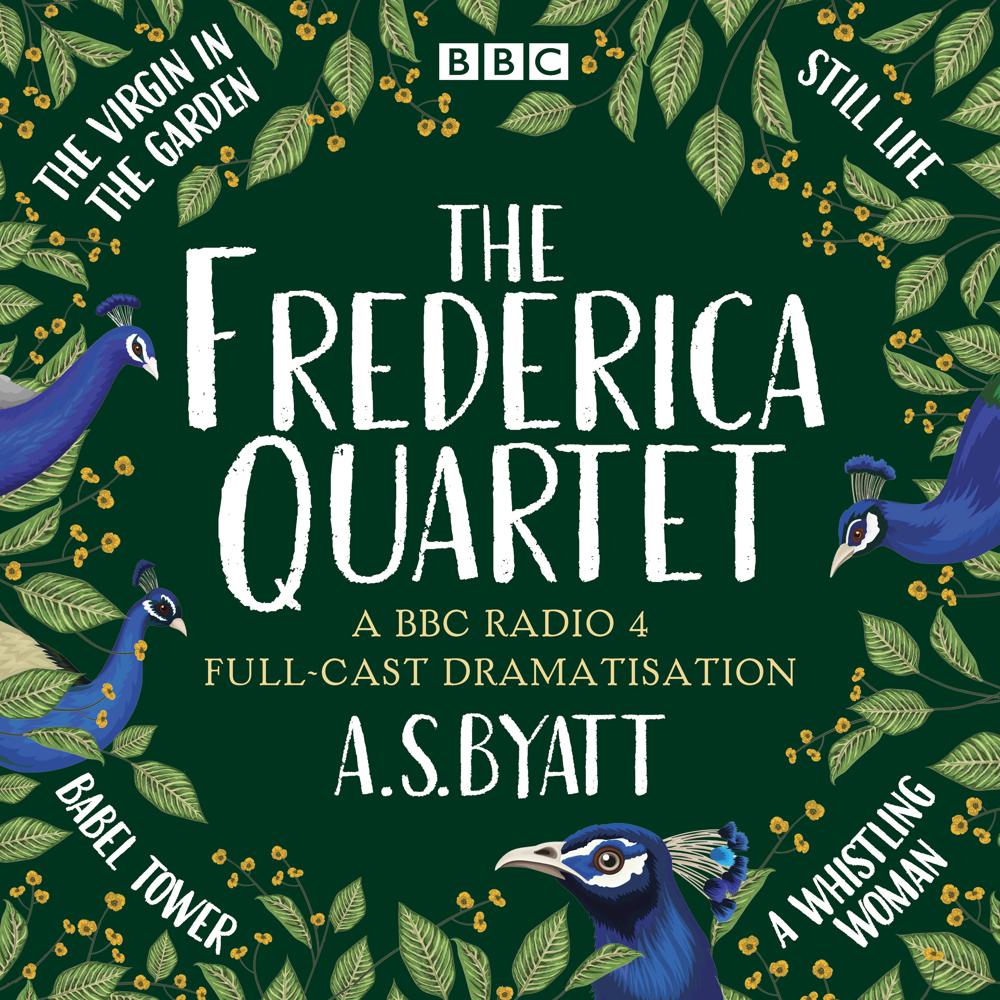 The Frederica Quartet: The Virgin in the Garden, Still Life, Babel Tower & A Whistling Woman

A BBC Radio 4 full-cast dramatisation of A.S. Byatt’s ‘Frederica Quartet’, plus selected short stories and a fascinating talk by the author

Inspired by the novels of D.H. Lawrence, particularly The Rainbow and Women in Love, this ambitious quartet from Booker Prize-winning novelist A.S. Byatt charts the lives of the Potter family between 1953 and 1970. Set against the changing social and political landscape of England in the ’50s and ’60s, it follows the heroine, Frederica, from precocious teenager to TV talk show host, and from her Yorkshire home to the heart of swinging London.

The Virgin in the Garden sees the Potters preparing to celebrate Elizabeth II’s coronation, while Frederica auditions for a play about Elizabeth I written by the beautiful Alexander Wedderburn. Will she win the part, and Alexander’s heart? In Still Life, Frederica’s ambitions – both academic and sexual – come to fruition, as she gains a place at Cambridge University to study English – and men. In Babel Tower, she has given up her carefree, independent lifestyle – but as the Sixties’ cultural revolution explodes and the quest for personal and public freedom becomes all-important, will settling down bring her happiness? And in A Whistling Woman, as events build to a tragic climax in Yorkshire, back in London, Frederica is faced with a difficult choice… These acclaimed adaptations star Rosemary Leach, Hannah Watkins and Indira Varma as Frederica.

Also included are four fantastic short stories: ‘The July Ghost’, dramatised with a star cast including Kate Buffery and Clive Owen; and ‘Rose-Coloured Teacups’, ‘Gode’s Story’ and ‘A Stone Woman’, read by Anna Massey, Sheila Mitchell and Penelope Wilton respectively. Plus, in Finding A Voice, A.S. Byatt reflects on her approach to her work, explaining where her desire to write came from and how she honed her craft.