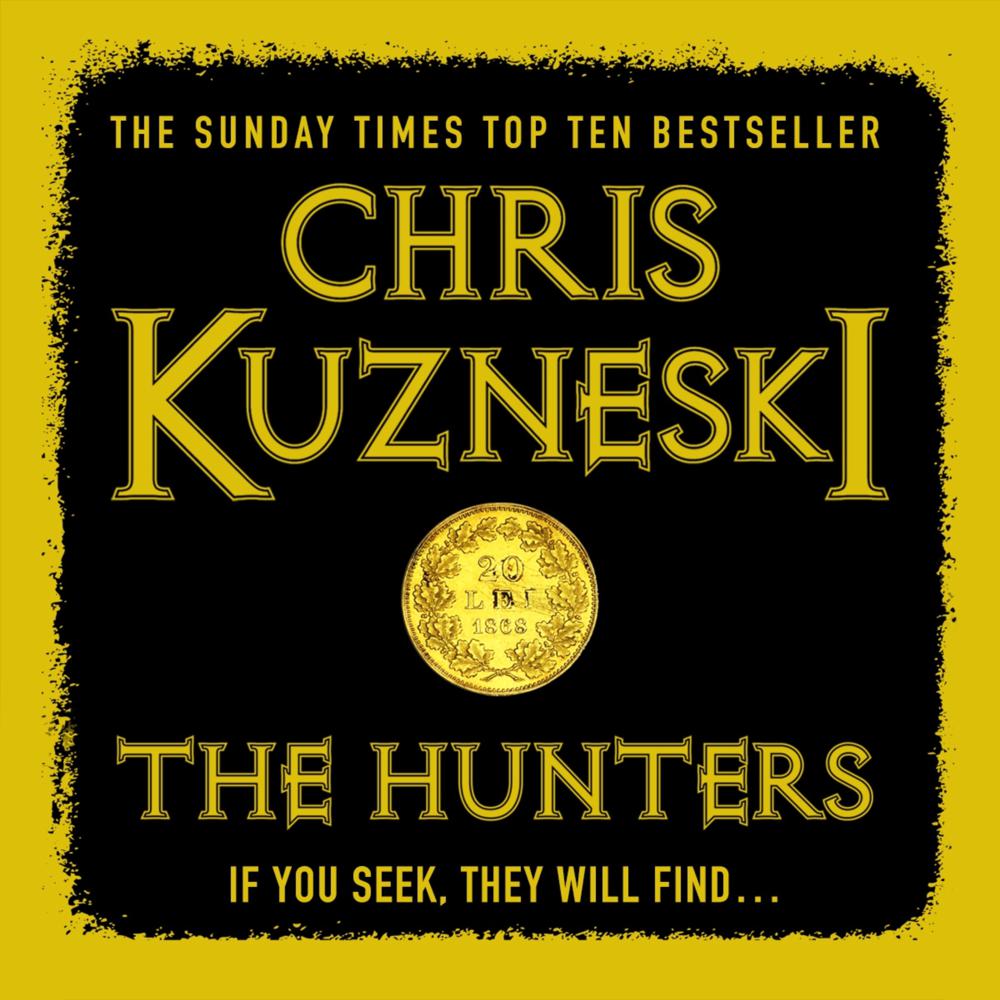 The first in a brand new series from the international bestseller Chris Kuzneski – “If you seek, they will find”…

The Hunters: Financed by a billionaire philanthropist, this elite team – an ex-soldier, an historian, a computer whiz, a weapons expert, and a thief – is tasked with finding the world’s most legendary treasures.

The mission: Fearing a German victory in WWI, the Romanian government signed a deal with Russia to guarantee the safety of the country’s treasures. In 1916, two trains full of gold and the most precious possessions of the Romanian state – paintings, jewellery, and ancient artefacts – were sent to the underground vaults of the Kremlin. But in the turmoil of war, the treasure was scattered – and lost. Almost a century later, the haul is valued at over 3.5 billion dollars. Despite hundreds of attempts to find it, its location has remained a mystery… Until now.

Can the Hunters find the treasure and succeed where all others have failed?