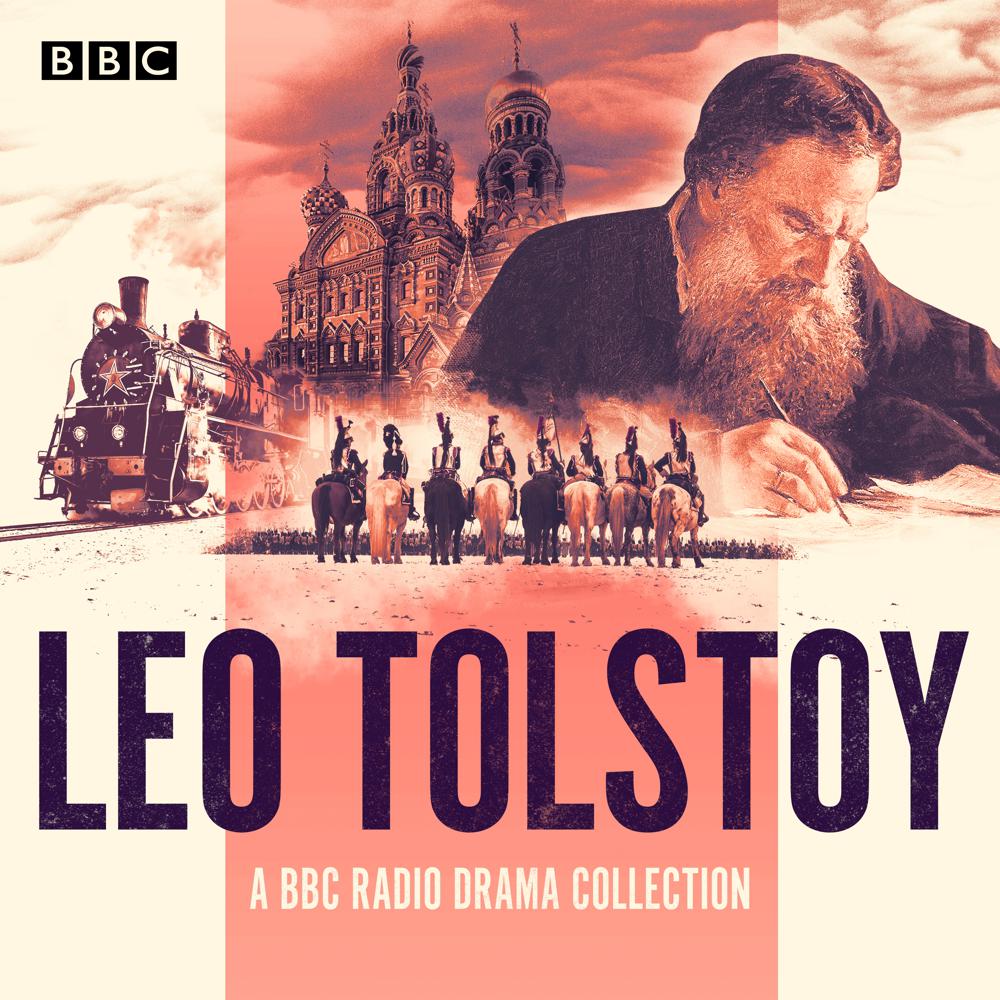 BBC Radio adaptations of Tolstoy’s three major novels, plus a reading of his profound philosophical memoir, an original drama based on his life and a bonus documentary

One of the greatest novelists of all time, Leo Tolstoy is famed worldwide for his masterpieces of realist fiction, War and Peace and Anna Karenina. This comprehensive collection contains both those iconic works, as well as his final novel Resurrection; his autobiographical essay A Confession; Stephen Wakelam’s dramatic account of his tempestuous marriage, Mrs Tolstoy; and In Our Time: Tolstoy.

War and Peace – 1805, and Napoleon Bonaparte is threatening the peace of Europe. In St Petersburg and Moscow, the lives of three aristocratic families are about to be changed forever… This epic dramatisation stars Simon Russell Beale, Gerard Murphy, Amanda Redman and Emily Mortimer.

Anna Karenina – In 19th Century Russia, bored high society wife Anna embarks on an affair with the handsome Count Vronsky – but her passion sets her on a path to self-destruction. Starring Teresa Gallagher and Toby Stephens.

Resurrection – Serving on the jury in a murder trial, Prince Dimitri recognises the young prostitute in the dock as Katerina Maslova, the girl he seduced years before. Knowing he is partly responsible for her plight, he attempts to atone for his mistakes and find redemption. Katherine Igoe and Richard Dillane star in this powerful adaptation of Tolstoy’s final novel.

A Confession – Read by Joss Ackland, this compelling religious testament describes Tolstoy’s search for God, faith and the meaning of life.

Mrs Tolstoy – In his fifties, Leo Tolstoy has a spiritual crisis. Converting to Christianity, he gives up writing, stops sleeping with his wife, won’t see his children and wants to give away all his possessions. But Sofya is ready to fight for her husband and family… Starring Ian McDiarmid and Haydn Gwynne.

In Our Time: Tolstoy – Melvyn Bragg and guests discuss Tolstoy’s life and writings, exploring his urgent desire to represent real life in his work, how he strove to convey truth to the reader – and why he ultimately gave up on literature to concentrate on religious and political philosophy.