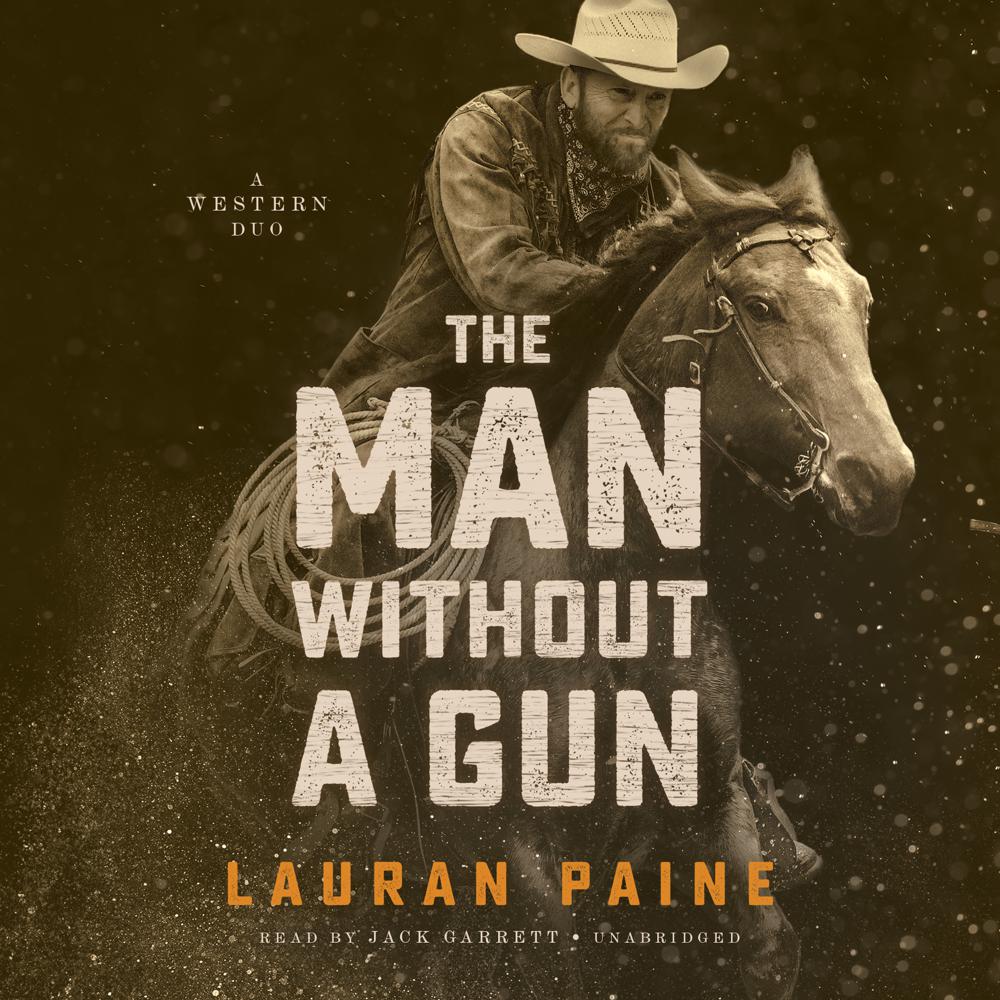 The Man without a Gun

Two tales of action, adventure, and the Wild West from a founding master of the genre, Lauran Paine.

In “The Crescent Scar,” one man trying his best to stay on the straight and narrow is Sadler Carrel. Once upon a time he was a notorious outlaw known as the Gila River Kid, but he left his violent past behind to work a cattle ranch, always careful to keep the crescent-shaped scar, the only known identifying mark from his former life, carefully covered.

But when the railroad comes to town, putting up fences that keep his cattle from the water and grazing land, the only one that can protect everything that Sadler Carrel built is the Gila River Kid.

In “The Man without a Gun,” Jack Swift didn’t choose not to carry a gun; it chose him. After he served his sentence for horse thieving, he was told it’s illegal for a former convict to wear a gun. So he went unarmed into the Arizona territory, where he found a small cattle town, settled down, and became a respected local businessman.

But when Jack’s young, lame friend steals a horse to run from a cruel uncle, Jack goes after him unarmed, because he knows full well that the uncle does carry a gun and won’t hesitate to use it.