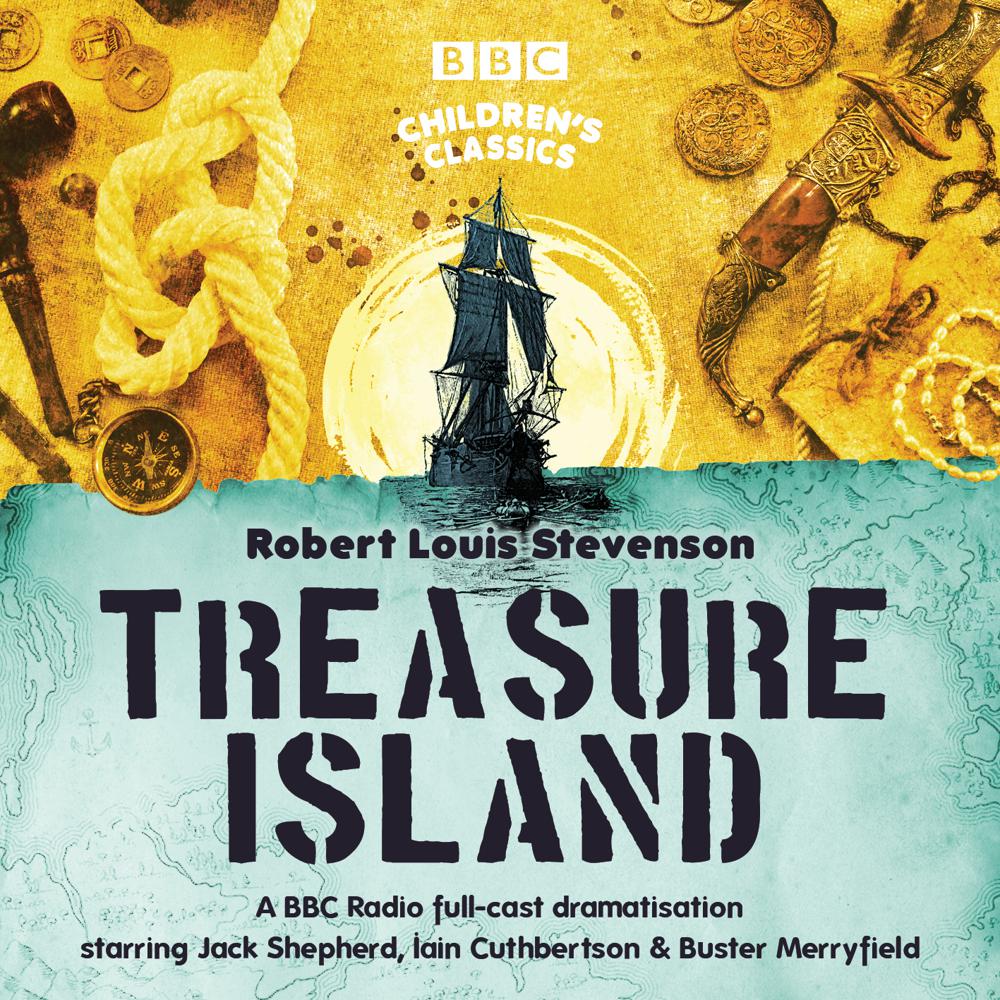 Jack Shepherd and Iain Cuthbertson star in a BBC Radio 4 full-cast dramatisation of the classic swashbuckling tale. Having outwitted a band of pirates to obtain a map disclosing the whereabouts of Captain Flint’s treasure, Young Jim sets sail for Treasure Island. But the crew of the Hispaniola are not what they seem. Revealing themselves as another gang of cut throats, led by the villainous Long John Silver, they are hell-bent on seizing both the ship and the treasure. Will they succeed? The struggle of Young Jim and his friends as they do battle on the high seas is thrillingly played out in this full-bodied production starring Jack Shepherd, Iain Cuthbertson, Buster Merryfield and James McPherson as young Jim Hawkins.