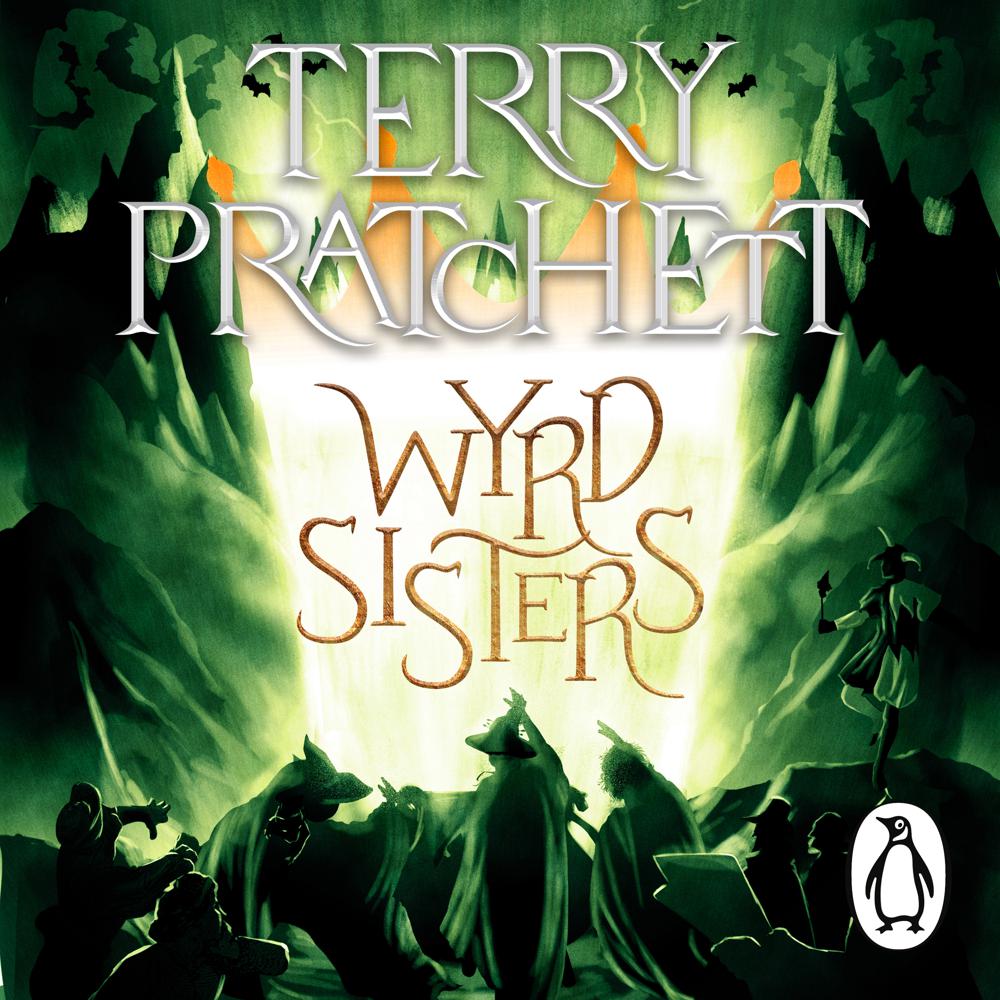 
The audiobook of Wyrd Sisters is narrated by Indira Varma (Game of Thrones; Luther; This Way Up). BAFTA and Golden Globe award-winning actor Bill Nighy (Love Actually; Pirates of the Caribbean; Harry Potter and the Deathly Hallows) reads the footnotes, and Peter Serafinowicz (Star Wars: Episode I – The Phantom Menace; Shaun of the Dead) stars as the voice of Death. Featuring a new theme tune composed by James Hannigan.


‘Destiny is important, see, but people go wrong when they think it controls them. It’s the other way around.‘

Three witches gathered on a lonely heath. A king cruelly murdered, his throne usurped by his ambitious cousin. A child heir and the royal crown, both missing.

Witches don’t have these kinds of leadership problems themselves – in fact, they don’t have leaders.

Granny Weatherwax is the most highly regarded of the leaders they don’t have. But even she finds that meddling in royal politics is a lot more complicated than certain playwrights would have you believe. Particularly when the blood on your hands just won’t wash off…

‘Pratchett’s Discworld books have made millions of people happy’ Guardian

Wyrd Sisters is the second book in the Witches series, but you can listen to the Discworld novels in any order.