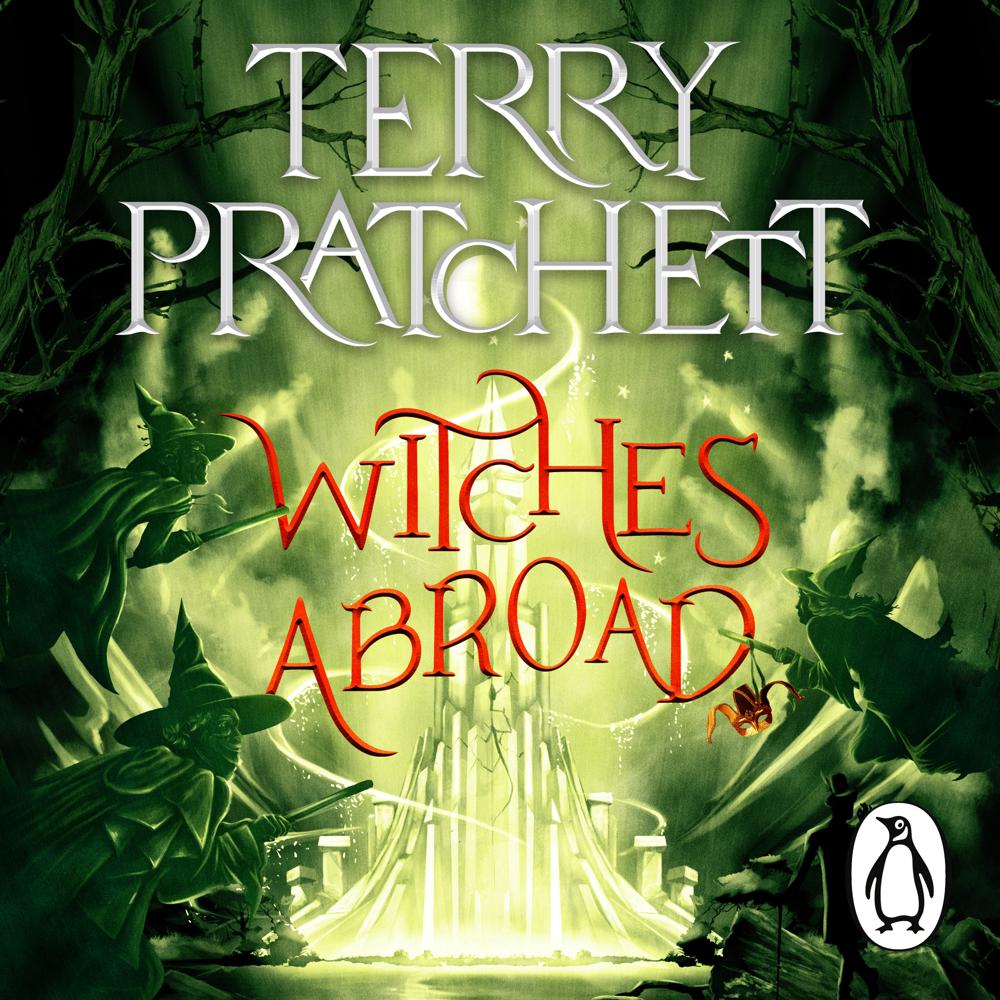 The audiobook of Witches Abroad is narrated by Indira Varma (Game of Thrones; Luther; This Way Up). BAFTA and Golden Globe award-winning actor Bill Nighy (Love Actually; Pirates of the Caribbean; Harry Potter and the Deathly Hallows) reads the footnotes, and Peter Serafinowicz (Star Wars: Episode I – The Phantom Menace; Shaun of the Dead) stars as the voice of Death. Featuring a new theme tune composed by James Hannigan.

There’s power in stories. The Fairy Godmother is good. The servant girl marries the Prince. Everyone lives happily ever after… don’t they?

The witches Granny Weatherwax, Nanny Ogg and Magrat Garlick are travelling to far-distant Genua to stop a wedding and save a kingdom. But how do you fight a happy-ever-after, especially when it comes with glass slippers and a power-hungry Fairy Godmother who has made Destiny an offer it can’t refuse?

It’s hard to resist a good story, even when the fate of the kingdom depends on it…

‘One of our greatest fantasists, and beyond a doubt the funniest’ George R.R. Martin

Witches Abroad is the third book in the Witches series, but you can listen to the Discworld novels in any order.