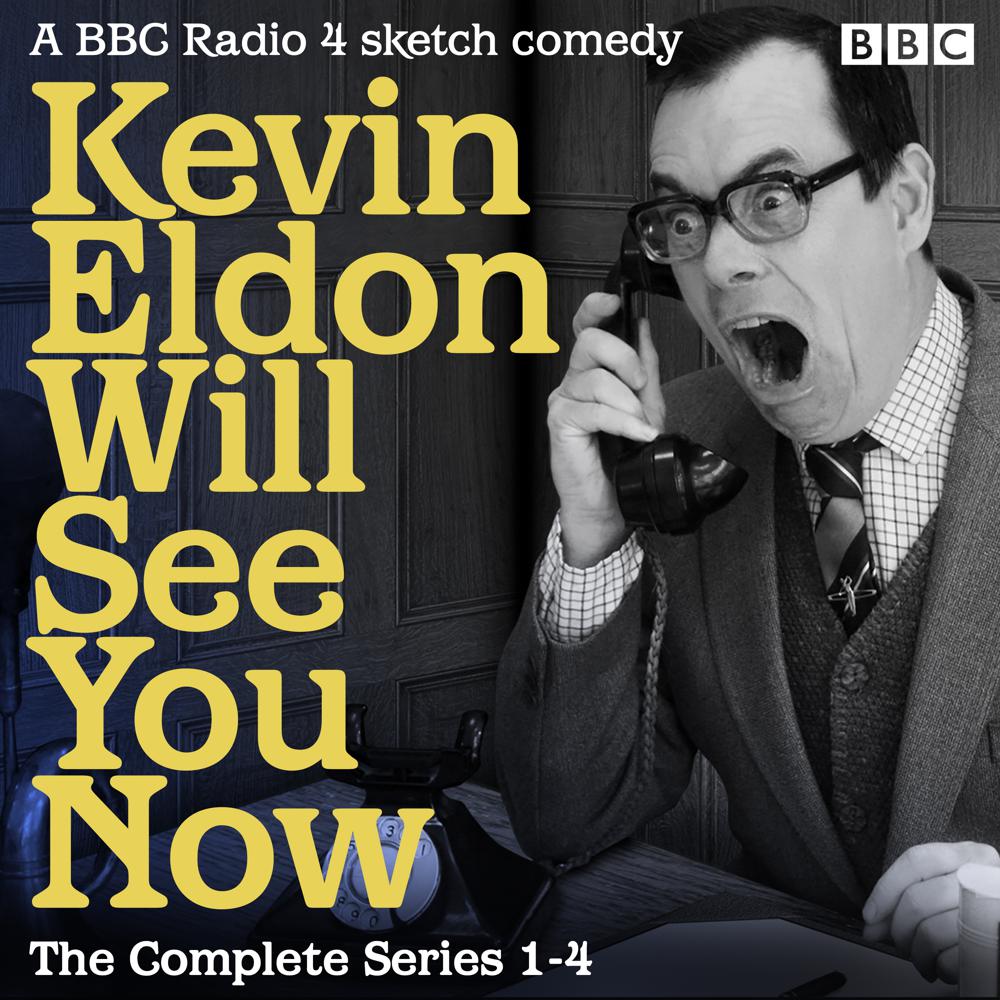 Kevin Eldon Will See You Now: The Complete Series 1-4

All four series of the acclaimed comedy sketch show, written by and starring Kevin Eldon

Comic phenomenon Kevin Eldon has appeared in almost every hit comedy series in the last 25 years, from Fist of Fun, Brass Eye and This Morning with Richard Not Judy to Jam, Harry & Paul and Inside No. 9. Having starred alongside Stewart Lee, Richard Herring, Chris Morris, Harry Enfield, Paul Whitehouse, Reece Shearsmith and Steve Pemberton, he’s decided to take it up a notch with his very own show.

It features sketches, characters, sound effects, a bit of music and a lot of messin’ about – as well as his all-important cast of stellar comedy names including Amelia Bullmore, Julia Davis, Paul Putner and Justin Edwards, and special guests Philip Pope and Phil Cornwell. In the first three series, Kevin goes into space, evokes the powerful gods of Ancient Egypt, extols the wonders of drink and sneezing, and finally discovers a use for avant-garde German film director Werner Herzog…

The fourth series takes a narrative turn, as Kevin broadcasts from the family stately home, complete with his artistic genius Italian wife, Alessandra; his pair of adopted sons, Jacob and Rees; and their cat, Mogg. Aiding him in his endeavours are the likes of Morwenna Banks, Kate Duchêne, Miles Jupp, Catherine Shepherd and Dan Skinner, as he takes a stroll through the family archives, enjoys a naked tractor ride and presents a love story – with cannons…