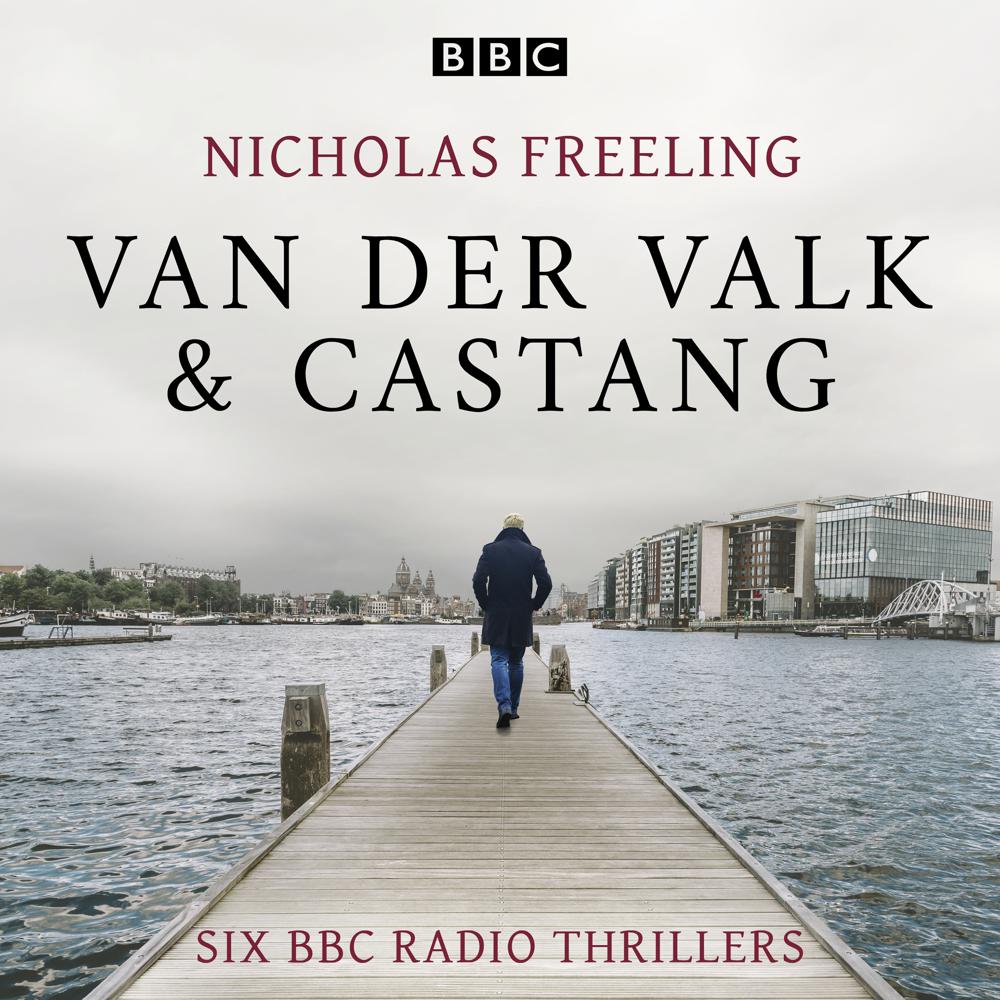 Acclaimed as ‘the most thoroughly European of British crime writers’ (The Guardian), Nicolas Freeling was well known for his novels featuring Dutch sleuth Van der Valk and French policeman Henri Castang. Included in this collection are six stories showcasing both detectives, as well as a bonus programme exploring Van der Valk and his creator.

Love in Amsterdam – Martin’s former lover has been murdered. He’s the prime suspect, his alibi is thin, and he’s lying – but is he the killer? It’s up to Van der Valk to find out… David Troughton reads the first novel in the Van der Valk series.

Gun Before Butter – The Dutch detective finds himself dealing with a body, an abandoned Mercedes and the beautiful daughter of a dead conductor. Ian Hogg and Sophie Thompson star in this dramatisation of Freeling’s 1963 novel, the winner of France’s Grand Prix de Roman Policier.

King of the Rainy Country – A handsome, middle-aged millionaire and a naked girl disappear. Can Van der Valk find them? Martin Jarvis stars in this adaptation of the sixth Van der Valk novel, which received a 1967 Edgar Award for Best Novel.

Arlette – When her husband is shot in the street, Arlette Van der Valk takes the law into her own hands. Starring Stella Gonet as Arlette and Nigel Anthony as Piet Van der Valk.

The Nightlords – A dead man in the boot of a Rolls-Royce in Normandy threatens to disrupt Anglo-French relations. Keith Barron stars in this dramatisation of Freeling’s first book featuring Henri Castang.

Not as Far as Velma– Newly-promoted Commissaire Henri Castang probes the case of a missing hotel owner, the bombing of a convent and an elusive British journalist… Starring Keith Barron as Castang.