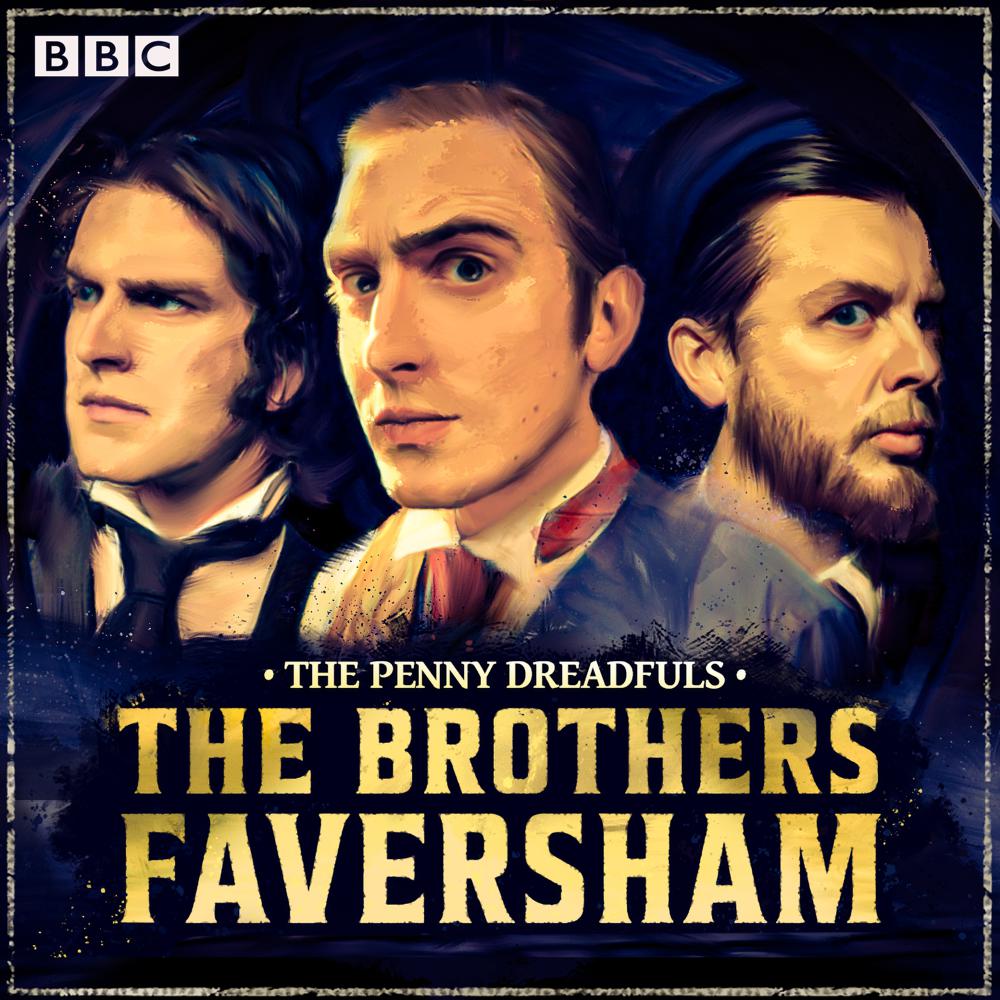 The Penny Dreadfuls: The Brothers Faversham

Based on their critically-acclaimed Edinburgh Fringe Festival shows Aeneas Faversham, Aeneas Faversham Returns and Aeneas Faversham Forever, these action-packed romps chronicle the lives of the Brothers Faversham, nine men who straddled the Victorian era ‘like a mighty change-Titan’. In the annals of the British Empire, few names blaze more brightly than theirs – and now, at last, their extraordinary stories can be told.

Beginning in 1834, as deadly adventuress and super-spy Lady Alexandra gives birth to her eldest son, we hear of the rise and fall of these prodigious siblings. Series 1 introduces us to the first four: decorated soldier Horatius; eminent detective Theseus; reckless explorer Leonidas and magician-turned-megalomaniac Augustus. In Series 2, we turn to the younger fraternal quintet: sporting hero Titus; renowned horror writer Maximilian; celebrated actor Marcus and successful twin industrialists Perceus and Lucius. Packed with staggering sketches, bizarre occurrences, curious happenstance and dastardly deeds, the sensational tale of the remarkable Favershams is one you will never forget…

Featuring a brand new introduction, this splendidly melodramatic series is written and performed by debonair, waistcoated comedy trio The Penny Dreadfuls – Humphrey Ker, David Reed and Thom Tuck – and co-stars Ingrid Oliver and Miles Jupp. Brought to you by the Orphans for Cholera Awareness Foundation, this is… The Brothers Faversham!