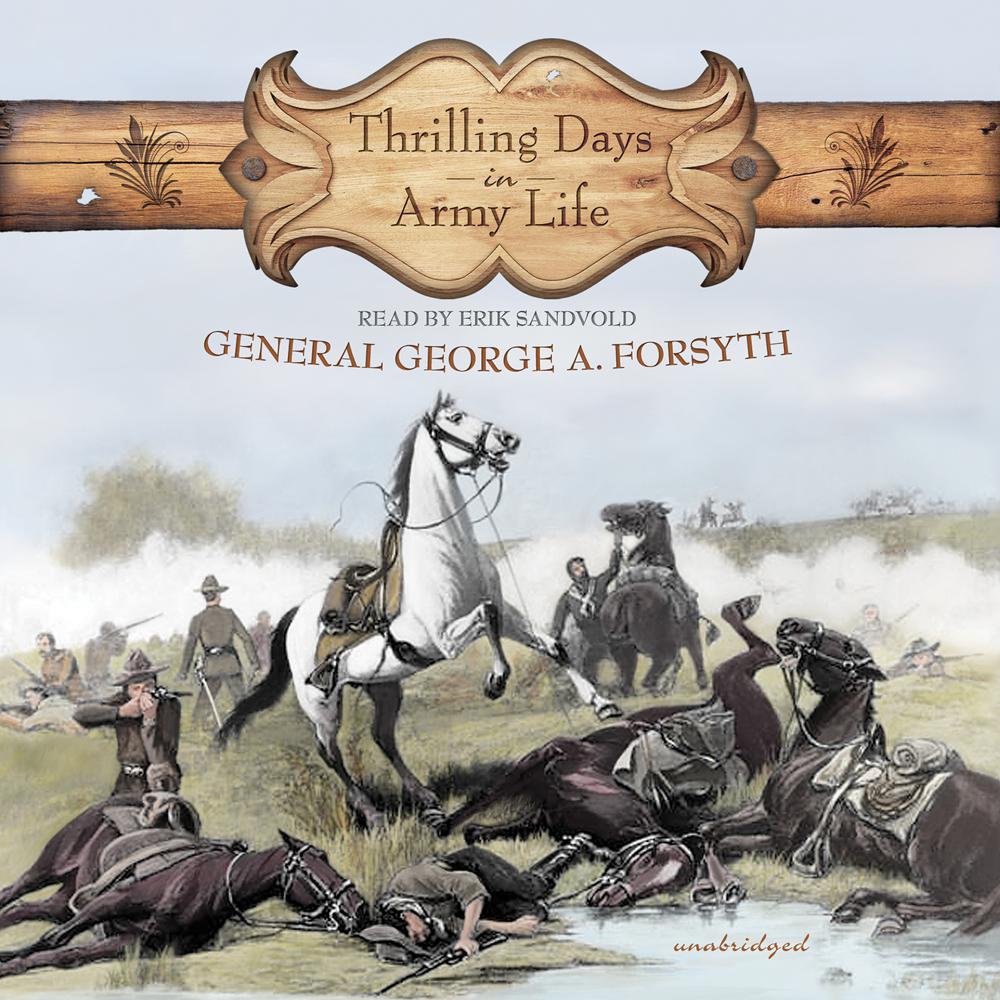 Thrilling Days in Army Life describes one of the classic encounters between Indians and the frontier army. In the summer of 1868, George A. Forsyth led fifty scouts to search out Cheyenne and Arapaho Indians who were conducting raids throughout the western Great Plains in Kansas. In this book, he relates the six-day siege in September that pitted his small force against 750 Cheyenne and Sioux. Because the battle occurred in a dry bed of the Arikaree fork of the Republican River in western Colorado and claimed the life of Forsyth’s brave lieutenant, Frederick H. Beecher, it would later become known as the Battle of Beecher Island.

Forsyth, who was brevetted brigadier general for the 1868 battle, had an action-packed career. In 1882, as commander of the Fourth Cavalry in New Mexico, he pursued the Chiricahua Apache across the border into Mexico. It was a raid full of dangerous traps, but he lived to tell about it.

Forsyth was an aide to Major General Philip H. Sheridan in 1864 and accompanied him on the dramatic ride to the rescue of Union troops at Cedar Creek. That episode is presented in a rush of detail. Forsyth ends with an eyewitness account of the surrender of the Confederacy at Appomattox Court House. Originally published in 1900, Thrilling Days in Army Life will be of interest to both frontier and Civil War buffs.