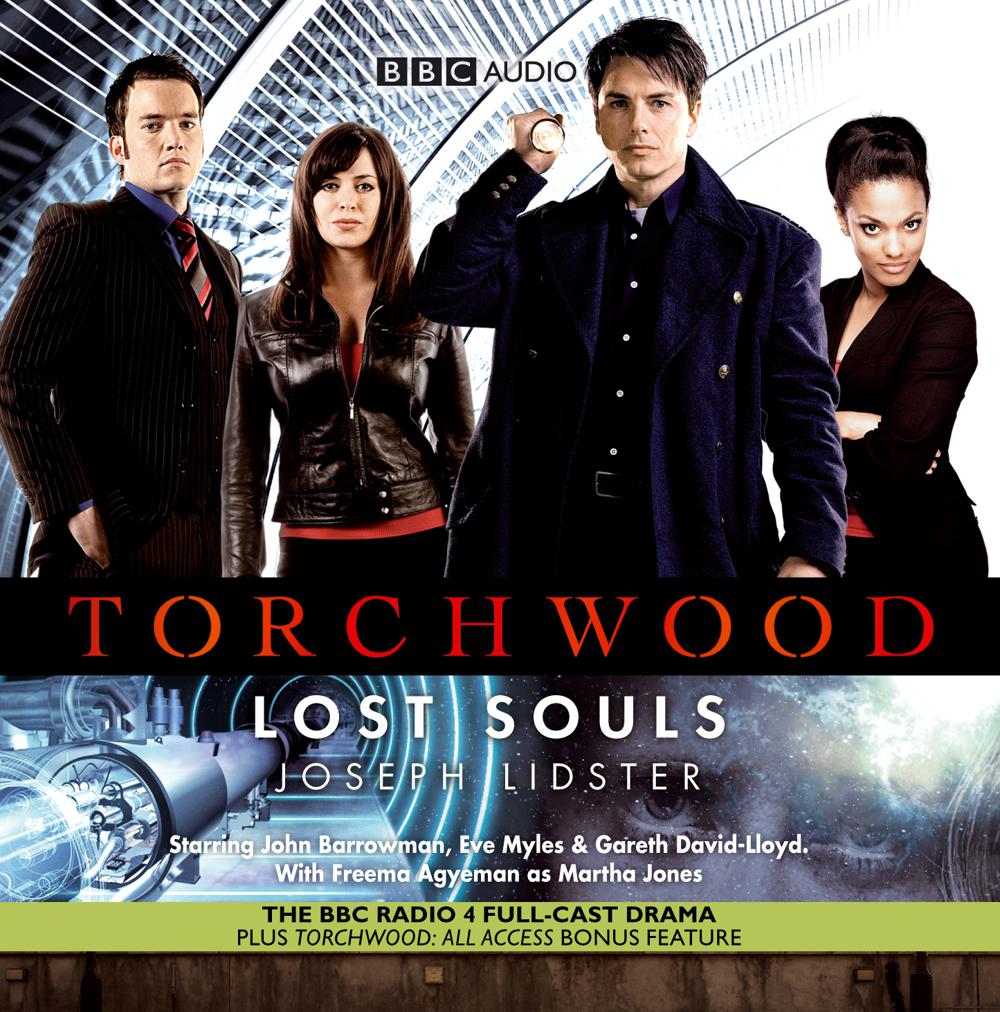 Following the tragic deaths of two of their colleagues, only Captain Jack Harkness, Gwen Cooper and Ianto Jones remain of Torchwood, protecting humanity against the unknown. Martha Jones, ex-time traveller and now working as a doctor for UNIT, has been called to CERN – the world’s largest particle physics laboratory in Geneva. They’re about to activate the Large Hadron Collider, designed to recreate conditions after the Big Bang and thus give an insight into what the Universe is made of. But so much could go wrong: it could open a gateway to a parallel dimension, or even create a black hole. Voices from the past are calling out to people from the LHC, and scientists have started to disappear. Where have they gone? What is lurking in the underground tunnel – and do the dead ever really stay dead? Based on the award-winning BBC Wales TV production Torchwood, Lost Souls is written by Joseph Lidster, and stars John Barrowman, Eve Myles, Gareth David-Lloyd and Freema Agyeman, with Lucy Montgomery, Stephen Critchlow and Mark Meadows. Also in this release is a bonus programme, Torchwood: All Access, going behind the scenes of the TV show. First broadcast on BBC Radio Wales, it features Russell T Davies and members of the TV series cast and crew.