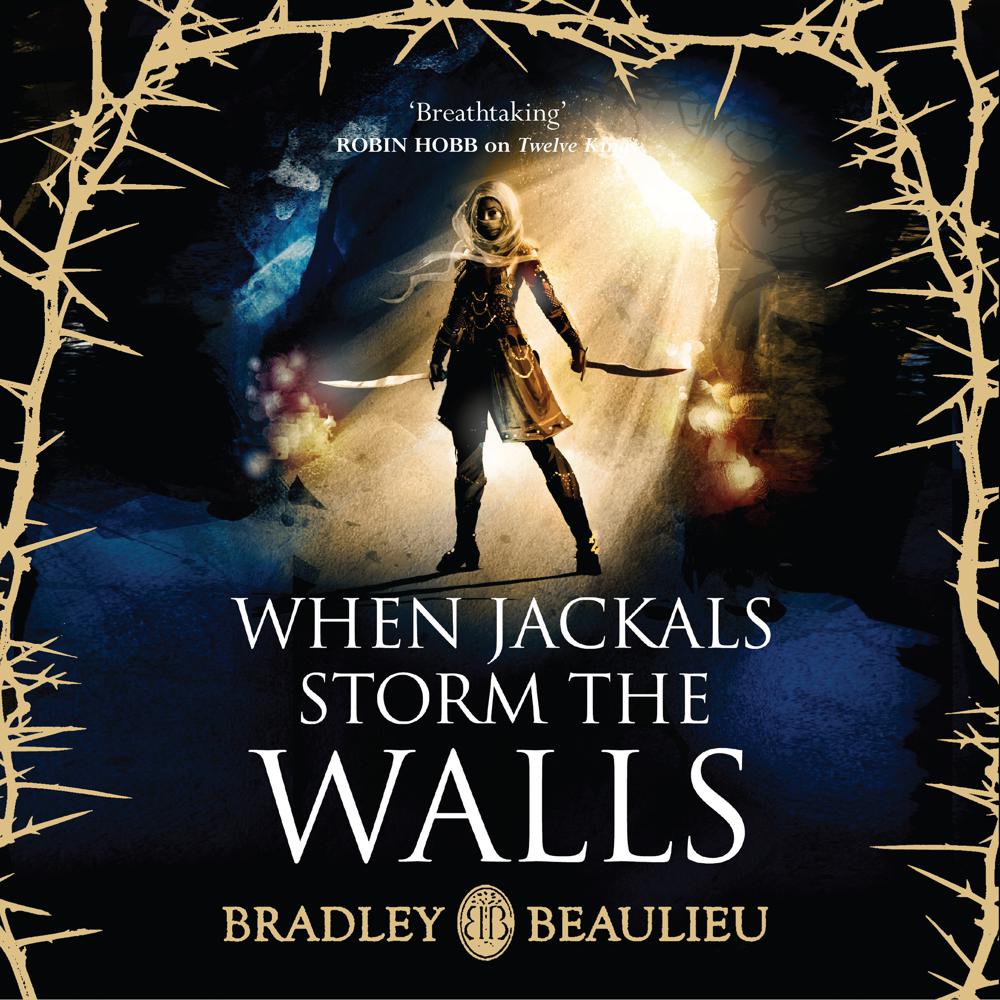 When Jackals Storm the Walls

The reign of the Sharakhani kings has been broken. Queen Meryam now rules the city.

Çeda, meanwhile, has succeeded in lifting the asirim’s curse, though it came at a terrible cost. Nalamae was slain in battle against her sister goddess. All is not lost, however. Çeda knows Nalamae will be reborn, and so begins a quest to find her.

The scheming King Ihsan has been busy as well, mining the legendary Blue Journals for a way to save the city and the desert beyond from certain destruction. He believes he’s found one, but it won’t be easy, especially when the only tools left at his disposal are his own wits and guile. As he begins to gather the other fallen kings and convince them to work together, he realizes that one person is crucial to their success: Çeda.

Çeda must choose: work with the kings she’s vowed to destroy or risk losing the city she loves. Whatever she decides, the path will be dangerous. Her allies are divided. Sharakhai is under threat from neighbouring kingdoms. And now the gods themselves are stepping in . . .

Praise for The Song of Shattered Sands series:

‘Çeda and Emre share a relationship seldom explored in fantasy, one that will be tried to the utmost as similar ideals provoke them to explore different paths. Wise readers will hop on this train now, as the journey promises to be breathtaking‘ Robin Hobb

‘Fantasy and horror, catacombs and sarcophagi, resurrections and revelations: the book has them all, and Beaulieu wraps it up in a package that’s as graceful and contemplative as it is action-packed and pulse-pounding‘ NPR