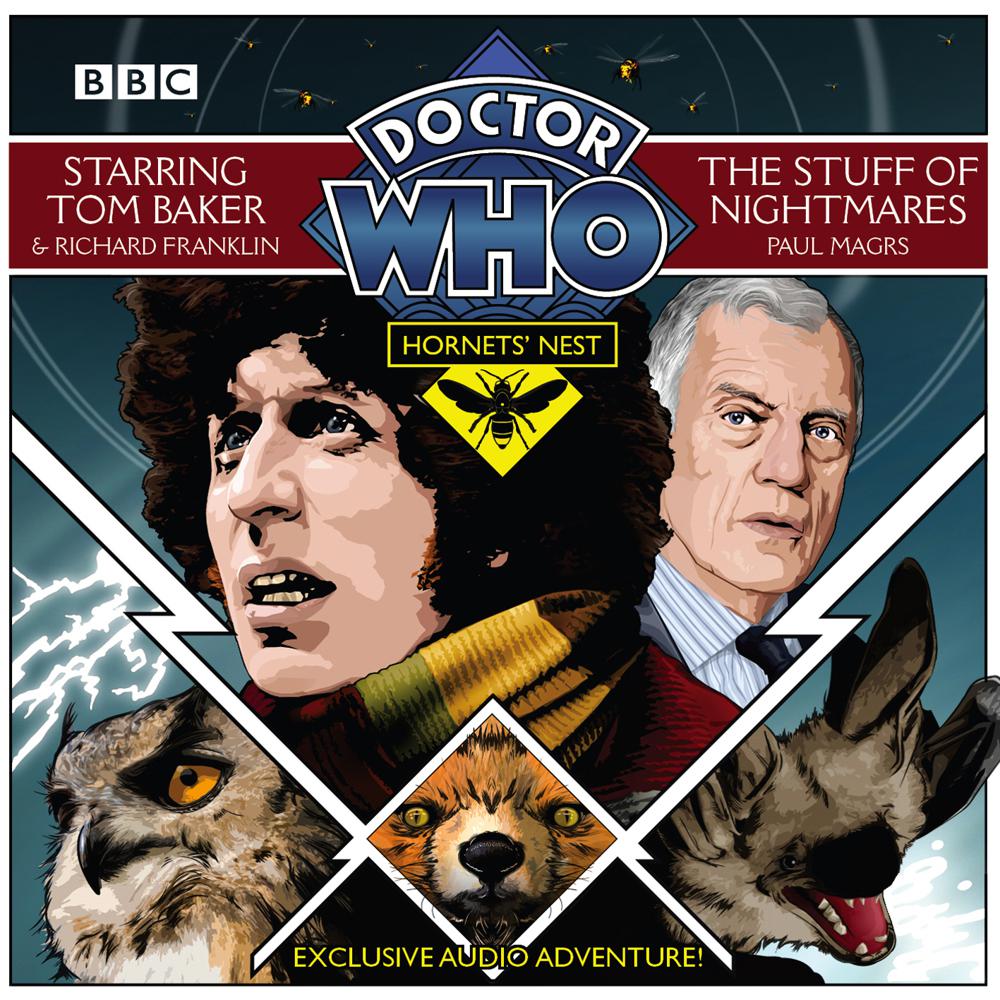 Doctor Who Hornets’ Nest 1: The Stuff Of Nightmares

‘Wanted: retired army Captain for light household duties and fireside companionship. Must tolerate mild eccentricity and strong scientific advice. Knowledge of Giant Maggots, Super Intelligent Spiders and Prehistoric Monsters a positive boon.’ Responding to an advert apparently worded for him alone, Captain Mike Yates (retired) is reunited with a ghost from the past. But why has the Doctor, that mysterious traveller in Time and Space, sent for his former UNIT acquaintance? Trapped by a horde of vicious creatures in an apparently innocuous English country cottage, the two old friends are on the brink of an enormous adventure. As the Doctor relates his recent escapades, it becomes clear to Mike that they – and the Earth at large – are facing an enemy of unimaginable power and horrific intent. The nightmare is only just beginning… With Tom Baker as the Doctor, Richard Franklin as Mike Yates, Susan Jameson as Mrs Wibbsey and Daniel Hill as Percy Noggins, The Stuff of Nightmares is the first of five linked stories written by the acclaimed Paul Magrs.