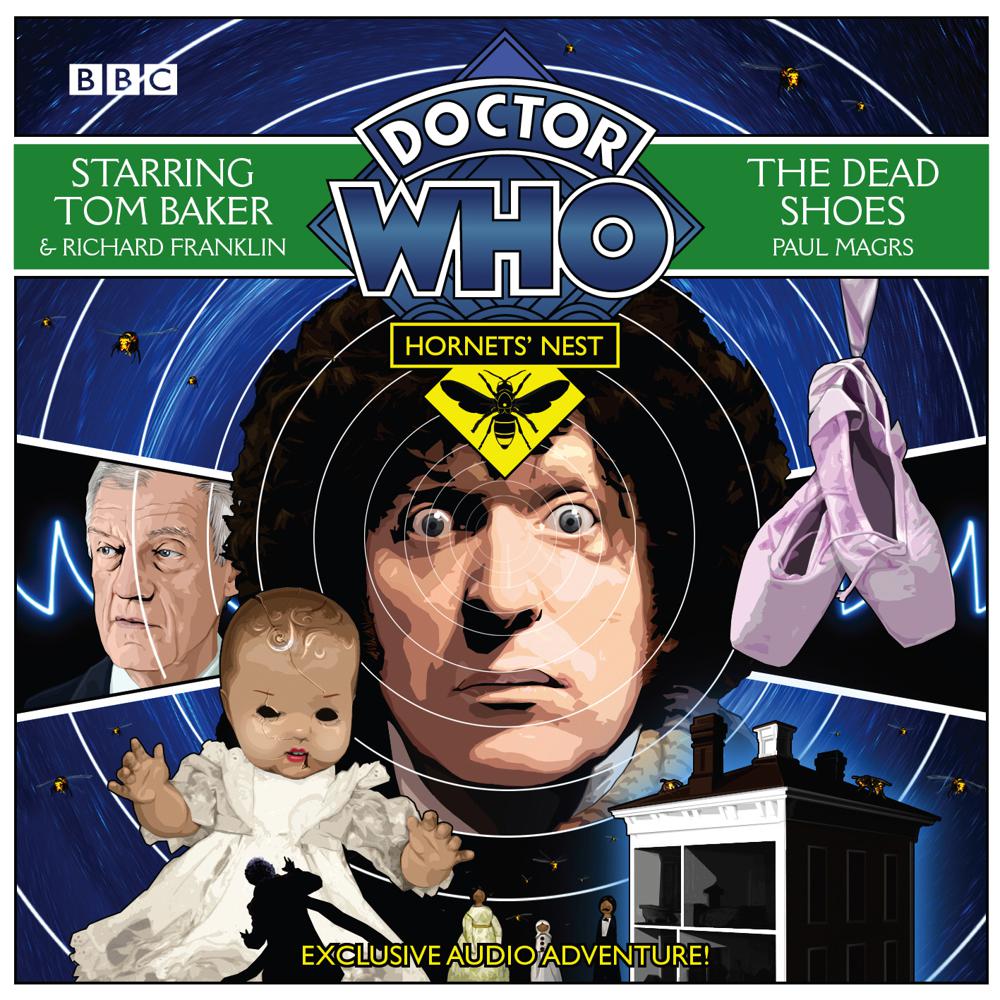 Visiting the English seaside town of Cromer in the summer of 1932, the Doctor happens upon the strange world of the Cromer Palace of Curios. The young Ernestina Scott is unusually beguiled by one of the museum’s exhibits, and when the Doctor befriends her, they unwittingly embark upon a terrifying escapade. Chased by animated dolls through a nightmarish model house, the Doctor realises he is being hunted by a familiar enemy. The unmistakable sound of hornets is in the air, and they are keen to speak to him. Overseeing this game of cat and mouse is the Palace of Curios’ curator – a certain Mrs Wibbsey… With Tom Baker as the Doctor, Richard Franklin as Mike Yates, Susan Jameson as Mrs Wibbsey, Clare Corbett as Ernestina, and Christian Rodska as the Reverend Small, The Dead Shoes is the second of five linked stories written by the acclaimed Paul Magrs. ‘… a lively mix of humour and horror’ – Cambs Times. ‘… Baker delivers the drama and intensity that you recognise from the Fourth Doctor of old’ – Doctor Who Magazine.