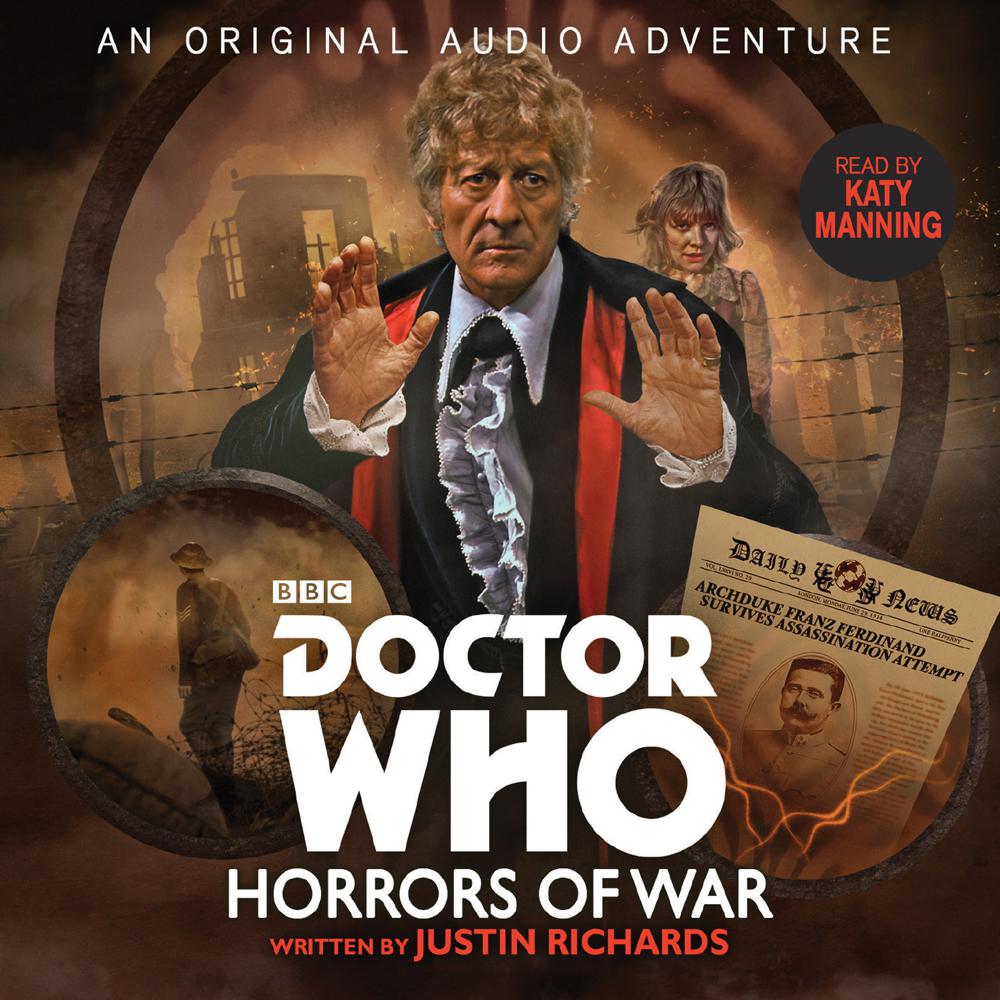 Doctor Who: Horrors of War

“Somewhere in this hospital there is a man, or a woman, who has been possessed by the raw energy of time.”

The year is 1914, and the Great War is just getting started. In a field hospital in Ypres, Belgium, Nurse Annie Grantham receives two visitors: a distinguished doctor and his administrative assistant, Miss Grant. They have many questions to ask of Annie, and of her distressed and wounded charges.

The Doctor is returning to a scenario he encountered long ago: a version of the First World War where the Archduke Ferdinand wasn’t murdered, leading to changes all along the subsequent timeline. He now suspects that someone is at large in 1914, intervening in events with some unknown purpose.

What force is causing injured soldiers to disappear into the night? Does the answer to the mystery lie in Sarajevo, six months earlier, at the scene of that assassination attempt? With the help of the TARDIS, the Doctor and his friends are about to find out.

The right of Justin Richards to be identified as the author of this work has been asserted by him in accordance with the Copyright, Designs and Patents Act 1988. All rights reserved.

With grateful thanks to Julian Richards