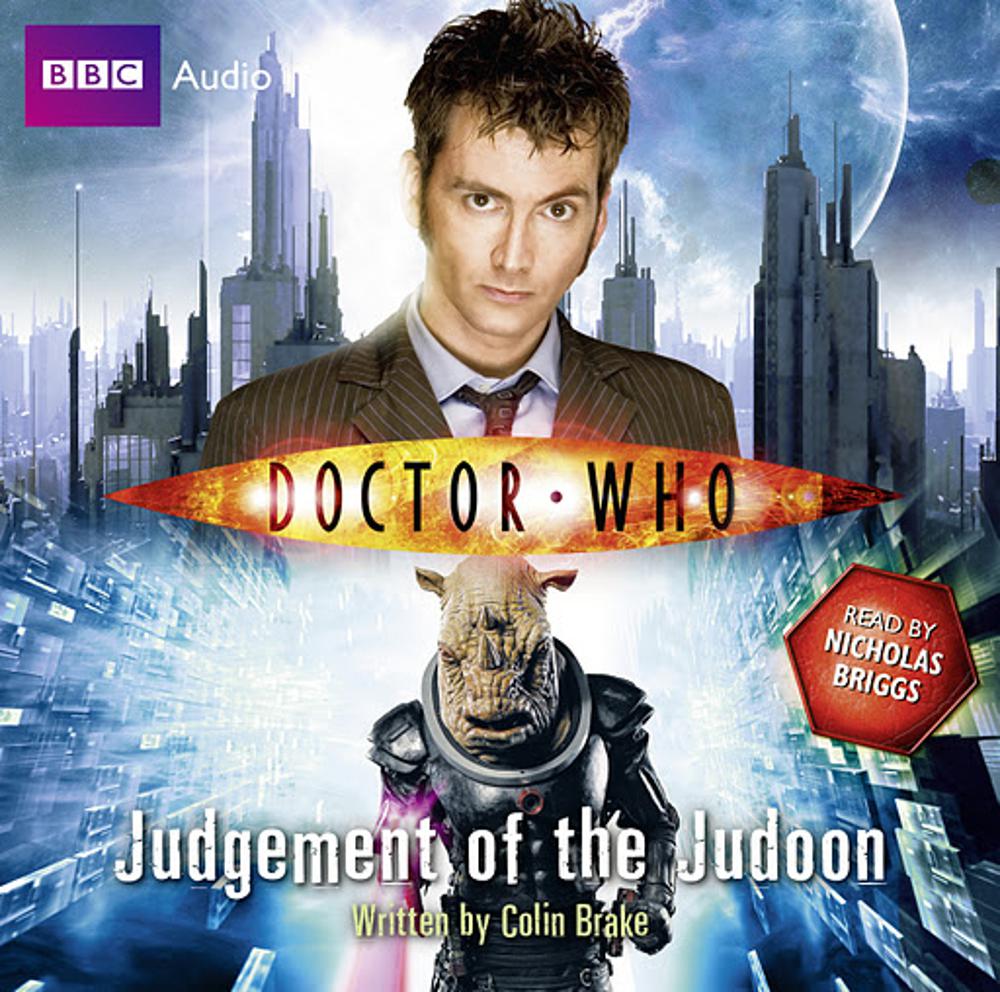 Doctor Who: Judgement Of The Judoon

Elvis the King Spaceport has grown into the sprawling city-state of New Memphis – an urban jungle, where organized crime is rife. But the launch of the new Terminal 13 hasn’t been as smooth as expected. When the Doctor arrives, he finds the whole terminal locked down! The notorious Invisible Assassin is at work again, and the Judoon troopers sent to catch him will stop at nothing to complete their mission. With the assassin loose on the mean streets of New Memphis, the Doctor is forced into a strange alliance. Together with teenage private-eye Nikki and a ruthless Judoon Commander, the Doctor soon discovers that things are even more complicated – and dangerous – than he first thought. Nicholas Briggs, the voice of the Judoon on television, reads Colin Brake’s gripping adventure featuring the Tenth Doctor as played by David Tennant in the hit BBC TV show.