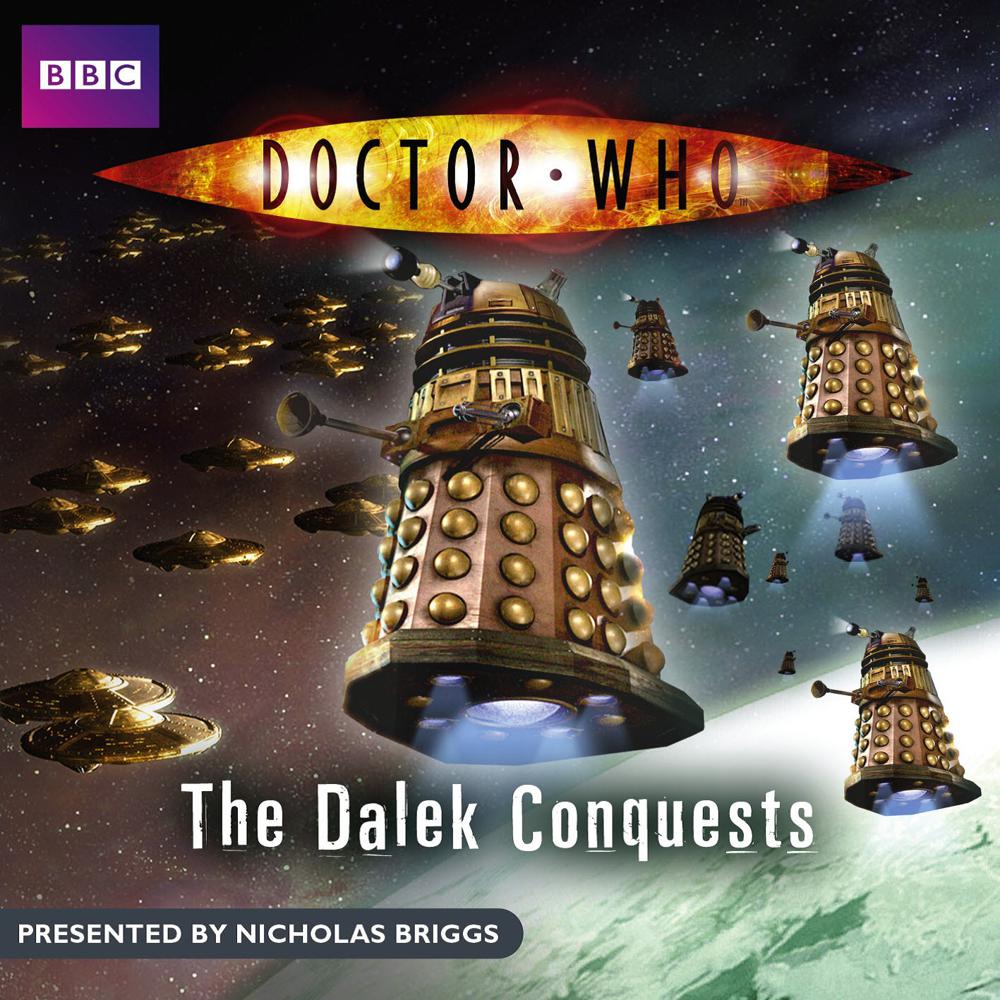 Doctor Who: The Dalek Conquests

Exterminate! Everything you wanted to know about the Daleks but were too afraid to ask! The Daleks have a long and terrible history of aggression, and are among the most feared of all science fiction baddies. Ruthless, cunning, and utterly evil, they have no pity, no fear, and will stop at nothing to destroy all other forms of life. Now Nicholas Briggs – the voice of the Daleks in the new BBC One Doctor Who TV series – goes deep underground to a deserted base in the Utah Desert to unearth the truth about the most nightmarish creatures in the universe. Packed with extracts from the Daleks’ many TV appearances, ‘The Dalek Conquests’ finds out where they come from, why they are bent on universal domination, and what part they played in the Time Wars. Above all, it explores their epic struggles with their nemesis, the Time Lord known as the Doctor. Featuring clips from such classic stories as ‘The Dalek Invasion of Earth’, ‘Day of the Daleks’, ‘The Planet of the Daleks’, ‘Genesis of the Daleks’ and the 2005 episodes ‘Dalek’ and ‘The Parting of the Ways’, this release pieces together the mysterious jigsaw that is the history of the Daleks. This is essential listening for Dalek fans and foes new and old.