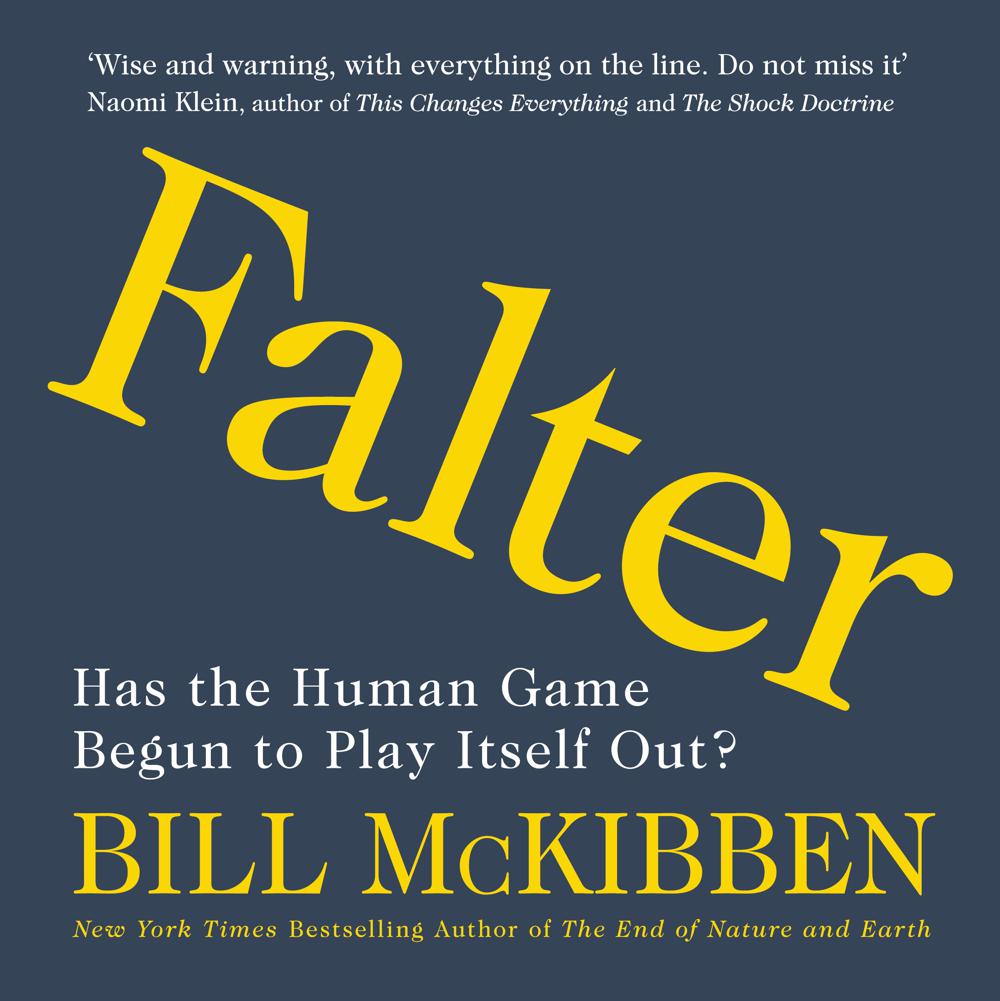 ‘This is Bill McKibben at his glorious best. Wise and warning, with everything on the line. Do not miss it’ Naomi Klein, author of This Changes Everything and The Shock Doctrine

Thirty years ago, Bill McKibben wrote The End of Nature, the first book that alerted us to the dangers of climate change. Falter is a new call to arms, to save not only our planet but our very souls as well.

Over tens of thousands of years, through the harnessing of nature, the development of civilization, and the application of new technologies, human beings have created the world we live in. But as McKibben points out in this provocative and sobering look at the world today, we are fast approaching a tipping point, putting into question the viability of humanity itself.

McKibben argues that we have failed to recognize how individual actions often operated against our collective interest, and as a result we now face three daunting challenges – to adjust to a new life on a broken planet, to fight the hyper-individualism that now animates government and business; and to reverse the ways that technology is bleaching out the variety of human existence. He asks if we still retain the tools and social capital to fight these larger forces – and if we are willing to make the effort.