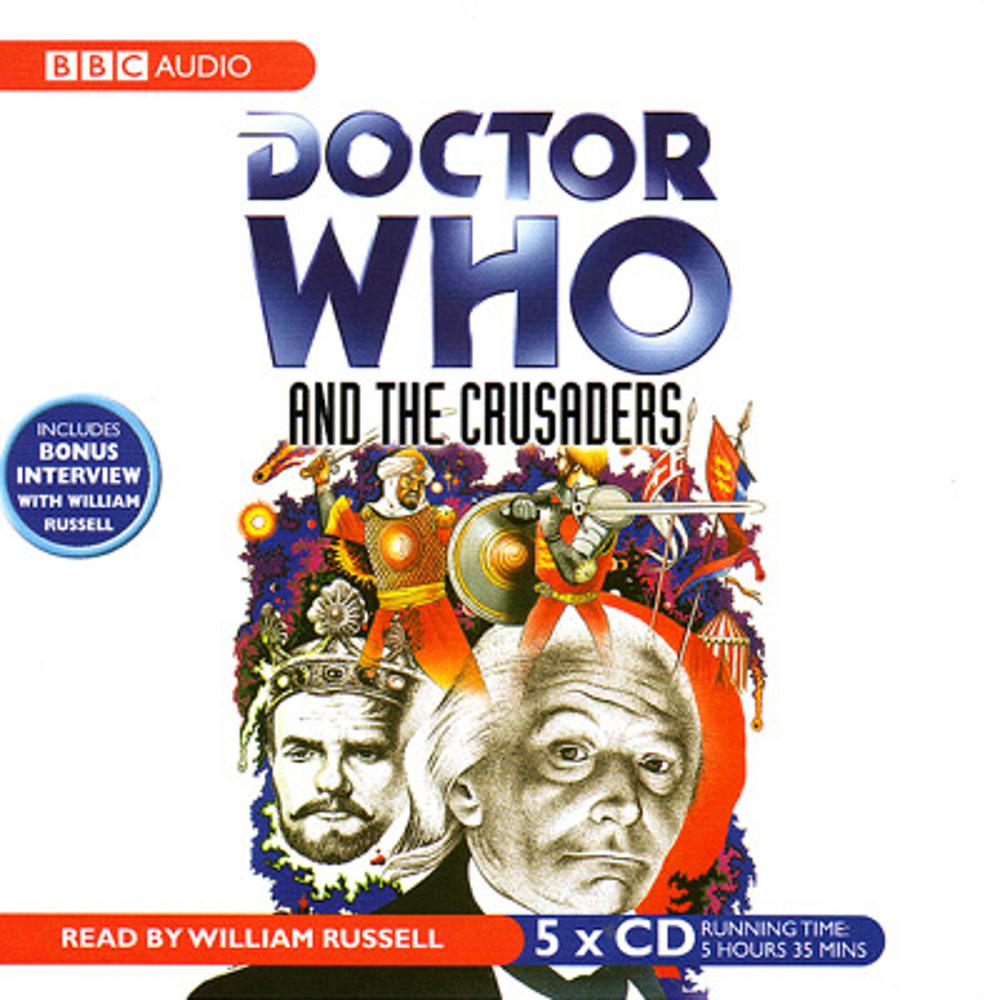 Doctor Who And The Crusaders

Within minutes of the TARDIS’ arrival on twelfth-century Earth, the First Doctor and his companions are in serious trouble. They happen to intercept a Saracen attack on Richard the Lionheart, therby enabling the English King to escape otherwise certain capture. But Barbara is kidnapped and carried off by the Saracens to the Sultan Saladin’s court. Saladin spares her life — on condition she entertains his court by telling stories. And, like Scheherazade, if she fails, then she must die… William Russell, who played Ian in the original 1965 TV serial on which this book is based, reads David Whitaker’s complete and unabridged novelisation, first published by Target Books in 1973. ‘They’re well-written books-adventure stories, of course, but with some thought… the creation of the character of the Doctor had a touch of genius about it.’ – Westminster Press.