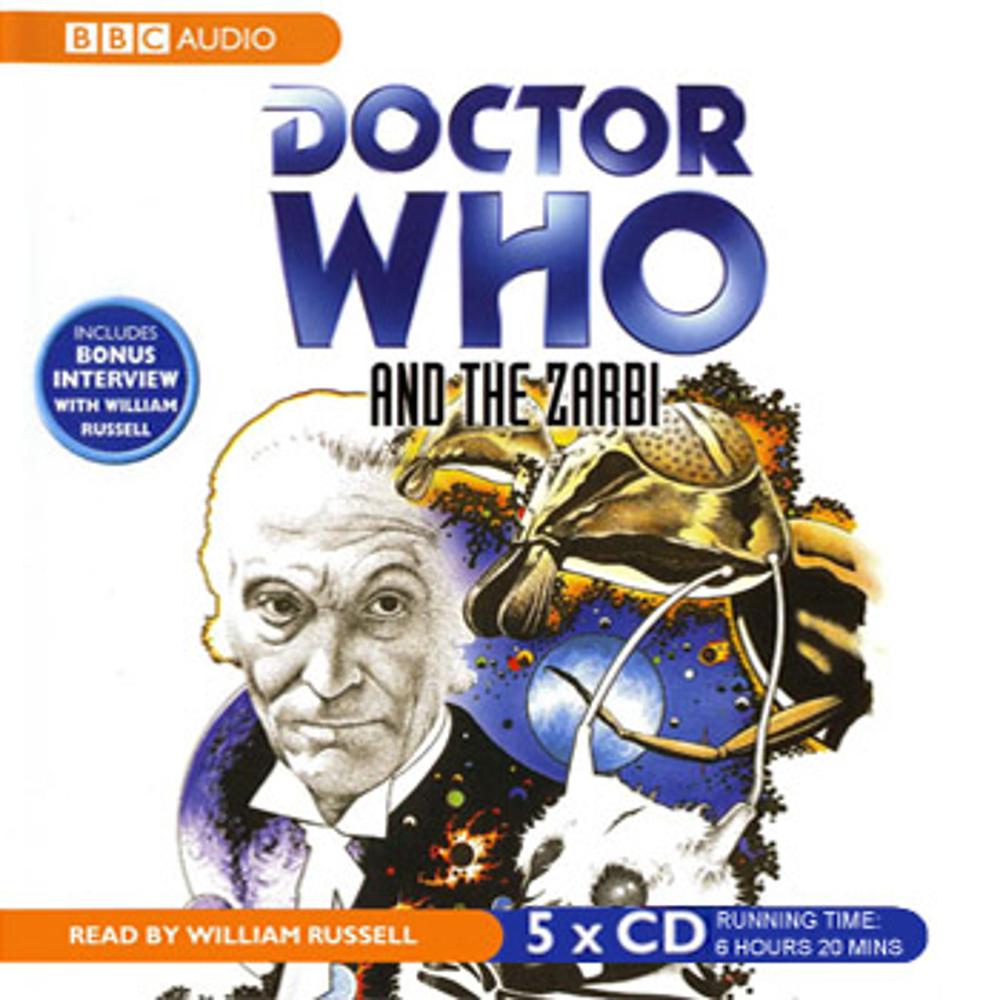 Doctor Who And The Zarbi

Doctor Who lands his space-time machine TARDIS on the cold, craggy planet of Vortis. The Doctor and his companions, Ian and Vicki, are soon captured by the Zarbi, huge ant-like creatures with metallic bodies and pincer claws. Meanwhile, Barbara falls into the hands of the friendly Menoptera who have come to rid Vortis of the malevolent power of the Zarbi… William Russell, who played the role of Ian in the original television series, reads Bill Strutton’s complete and unabridged novelisation, first published in hardback in 1965. The book went on to become part of the Target Books range of Doctor Who titles, and is one of the much-loved novelisations based on the programme. This release also features a bonus interview with William Russell, in which he recalls his memories of recording the original television serial The Web Planet, and of the time he spent on Doctor Who.